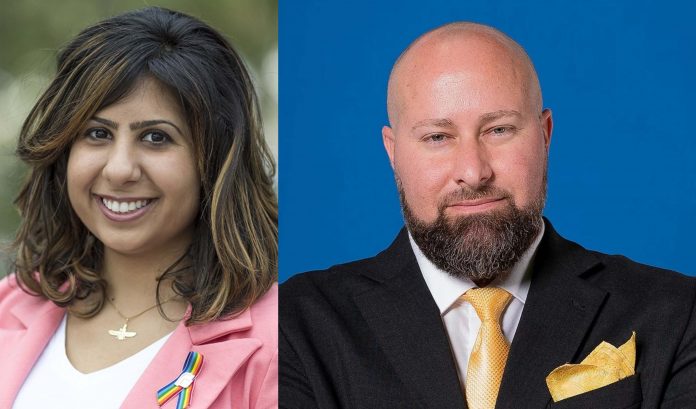 Jeremy Sisson, an entrepreneur and philanthropist, seems to lack the necessary aggression to take on one of the most vocal leaders of the “Resistance” in Florida politics.

Anna Eskamani is many things. Agitator, activist, legislator. She has never held her tongue and has always adopted a political approach that demands your attention. Honestly, I disagree with almost everything she stands for or believes in. She is a millennial-progressive-feminist warrior who is unashamed of what she is and what her politics represent.

Moderation in politics might have been something that worked in bygone eras. However, in the absolutist climate where President Donald J. Trump holds the right-leaning flank, people like Eskamani and Bernie Sanders represent that firm absolutism of the left. Both sides can argue that they have some cross-over appeal and that their political zealotry is what helps them get the job done for the people that they represent. I get it.

So where does a mild-mannered and modest man like Jeremy Sisson fit into the equation? Is he ready to step out of his comfortability and meet Eskamani in the streets? 2018’s Republican nominee against Representative Eskamani went for the milquetoast approach and got his ass beat badly.

He was willing to be semi-aggressive in his direct mail efforts, but lacked the ability to directly confront Eskamani in a way she understands — aggressive and in-your-face. Boomer tactics against a Millennial firebrand simply do not work.

In his initial interviews with the media, which have been all left-leaning I might add, Sisson has let everyone else speak for him. He has promised to roll out his platform in early 2020 and has released a series of videos of other people speaking about him. I understand that he might want to test the waters and see how voters respond to his very vague challenge to Eskamani, but if he is unwilling to sell himself during the beginning stages of his campaign… why should voters invest in Sisson?

House District 47 likes fighters and forward advocates. Say what you will about those who held the seat before Eskamani… though its fair to say they all had a certain swagger and aggression in their approach to running for office and legislation.

Sisson can take the Christmas break to craft his campaign themes and talking points. However, after the holiday, we better see a fighter who is willing to do what needs to be done in HD 47 and I am told that there are a few capping off 2019 before making their intentions known.

If the GOP cannot count on Sisson to go right for the jugular… he might as well walk around with an L on his forehead for the duration of campaign 2020.

Just saying. Brutal primaries are needed now more than ever.