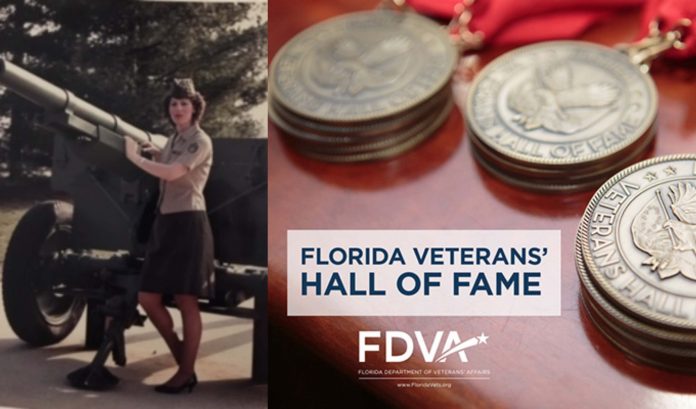 According to a press release from State Representative Mike LaRosa, Kathryn “Kat” Gates-Skipper, will be inducted into the Florida Veterans’ Hall of Fame after being nominated by the Osceola County legislator.

A Central Florida woman who paved the way for an increased role and responsibility of females in the armed services, will be inducted into the Florida Veterans’ Hall of Fame.

“It was my honor and privilege to have had the opportunity to nominate Kathryn “Kat” Gates-Skipper for consideration to the Florida Veteran’s Hall of Fame. When I heard the news that “Kat” was chosen for induction into the Veteran’s Hall of Fame, I was very happy for her and her family and I know all her many friends in Florida and around America were glad to hear of this event as well,” said State Representative Mike LaRosa in a statement provided to the Central Florida Post.

“Kat” was a pioneer during her service with the U.S. Marine Corps. She was among the first to serve as a woman in combat training. She served with valor and chose to become the first woman to enlist in Combat Operations and helped train Kuwaiti Women Soldiers during Operation Desert Shield and Desert Storm. Simply put, “Kat” helped pave the way for other women to serve our nation through her outstanding example of bravery, leadership and dedication.

After a productive career with the U.S. Marine Corps “Kat” dedicated her life to assisting national and state level issues that affect our Veteran population. Starting as a volunteer for the Concerned Veterans of America, she eventually rose to become their Central Florida Field Service Director. As a result of her leadership “Kat” was able to participate at forums held in Washington, DC which helped pave the way for passage of the VA Accountability Act of 2014. As a Veterans Advocate, Kat continues to develop Veterans Clubs in her community and does what is necessary to support local Veterans.

“Her induction is a well-deserved reward for a lifetime of work dedicated to protecting America and assisting Veterans and her Community. Her role in protecting and promoting the interests of Florida Veterans is remarkable.

Thank you “Kat” for all you do, we appreciate your hard work and countless hours of dedicated service. Enjoy your reward; it is great to see the State of Florida recognize you with this honor,” concluded LaRosa.