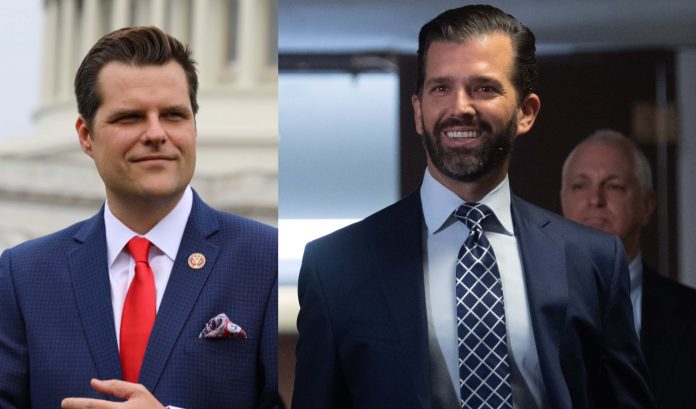 Being hosted for the first time in Florida, the second annual American Priority Conference will bask in the warmth of the Sunshine State instead of frigid DC from October 10-12th. Boasting dozens of conservative influencers and speakers, the conference will also feature several days of panel discussions ranging from internet censorship to minority engagement and how to break the left’s manipulation on the LGBT community.

It will take place at President Trump’s Doral, FL property.

Actor Robert Davi, a prolific actor who has appeared in over 130 films, will put on another hat for attendees on the opening night at an event billed as “Davi Sings Sinatra.” Davi has been recording music for quite some time and his Jazz album “Davis Sings Sinatra” reached the Top 10 on the Billboard charts.

Brandon Straka, who founded the #WalkAway movement that has gained millions of followers and encourages Democrats to leave the increasingly radicalized party, is sponsoring the event and hosting a golf tournament on the morning of October 10th to kick off AMPFEST2019.

Florida politicos will recognize former State Senate President Mike Haridopolis as a confirmed speaker and attendee along with North Florida Congressman Matt Gaetz. The second day features back to back speeches from Gaetz/Kirk/Trump Jr. and will be followed by a VIP yacht party sponsored by YIPPY, an up and coming search engine that has garnered a dedicated following in conservative and libertarian circles. Project Veritas founder James O’Keefe will helm a panel in the morning as well.

AMPFEST2019 will close out on the 12th with a morning speech by Sarah Huckabee Sanders, a prayer breakfast and party from 7PM-12AM. The Free Speech panel on the final day is expected to draw a sizeable crowd, with congressional candidate and investigative reporter Laura Loomer participating in that panel according to reporting from Big League Politics.

You can purchase your tickets and learn more about the event by clicking here.