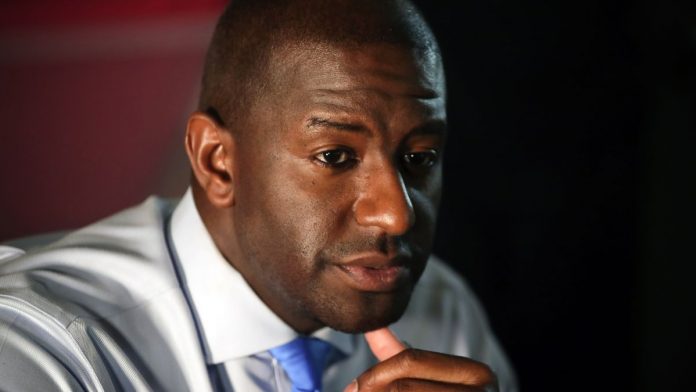 Like AOC, the failed socialist former candidate for Governor continues to parrot deranged calls for the impeachment of Donald Trump.

Buoyed by an endless wellspring of money from George Soros and the leftover funds from his gubernatorial campaign (which he shifted to his new political committee), Gillum has carved out a platform for himself and his socialistic squealing about the 2020 election cycle. Remember, this is the guy who lost an election for Governor, and then attempted to manufacture illegal ballots in broad daylight with the support of the Democrat party.

In terms of where he stands on the issues, not much has changed since his 2018 campaign. He wants to raid the homes of law-abiding citizens to confiscate their AR15’s and thinks that the 2nd amendment should be abolished. While he tried to deny that his campaign for Governor of Florida was underpinned by socialist ideas, 2019 Andrew Gillum doesn’t seem to be offended by openly associating with and promoting socialist ideas in the here and now.

Most recently, he is claiming that President Trump’s communications with a government official from the Ukraine is an impeachable offense. On Friday he tweeted that we need to take Trump’s phone away and impeach him, because President’s of the United States communicating with former leaders without getting permission from the mainstream media and their political opponents is an impeachable offense.

The Democrats failed miserably at proving Russian collusion, because there wasn’t any, and now they have moved on to “Ukrainian collusion” as if the same failed Russiagate template will work this time. Even leftist comedian Bill Maher, the host of HBO’s Real Time with Bill Maher, acknowledged this point. Democrats have cried wolf so many times that even their own hardline supporters are beginning to become annoyed and tired of this charade.

While I am not as confidant as others about Trump’s chances in 2020, the push towards impeachment and failure to focus on issues that matter most to Americans (like making ends meet and putting food on the table), is a godsend for the Republicans as we barrel towards 2020. Gillum taking the very strong and public lead on this lunacy in the battleground state of Florida will likely be one of the most effective voter turnout mechanisms for Florida Republicans to motivate not only their base, but rational Democrats and independents who are sick and tired of this childish merry-go-round of resistance against the President of the United States because Democrats lost an election they thought they had in the bag.

I understand that Mr. Gillum and his socialist buddies would like us to become a third world banana republic where they can use domestic terrorists like Antifa to eliminate political opposition to their anti-Americanism. And if they learned to shut up about their true intentions and package them a little more carefully, they might have a chance at doing so.

However, if they keep talking like they are talking… the American people will continue to grow weary of their antics and relish the opportunity to beat back them back at the castle gates. Our freedom is not negotiable… you will have to rip it from our cold, dead hands.