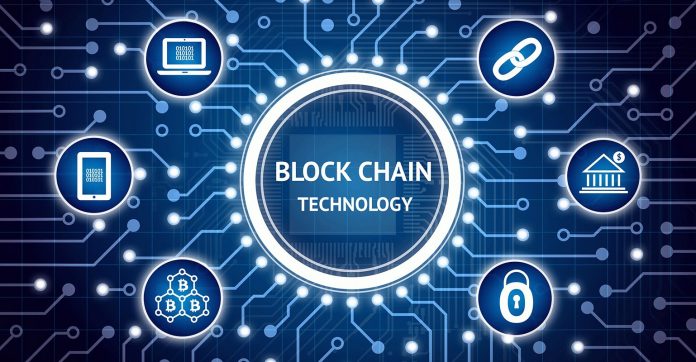 The Seminole County Tax Collector is setting up a pilot program for a digital ID using blockchain technology that will be user-friendly, beneficial in many aspects, and most importantly, add a welcome layer of security.

Blockchain technology and digital ID may be challenging concept for traditionalists still clinging to their paper bank statements and 1980s Doobie Brothers CDs.

But these systems are the wave of the future, and the Seminole County Tax Collector’s Office is leading the way to embrace that change.

The office is setting up a pilot program for a digital ID using blockchain technology that will be user-friendly, beneficial in many aspects, and most importantly, add a welcome layer of security.

The pilot program — believed to be the first in the nation — is expected to be ready to roll sometime in early 2020.

“We’re building the first digital identification card that will be a Seminole County digital ID,” said Seminole County Tax Collector Joel Greenberg. “It will basically aggregate all your other identification forms that are housed in different state authorities and deliver them to the end-user, digital format on their phone, which only they have access to. They can share that information based on what permissions they want to allow other people to have.”

For example, if you want to buy a six-pack of beer at the 7–11, the digital ID will allow you to share your date of birth with the salesclerk, and nothing else. And if a police officer pulls you over and needs to see a concealed gun permit, then that pertinent information will be on the phone as well.

The a-la-carte process reduces the risk factor of sharing too much personal information on the Internet, enchasing the security process.

That technology is vital in Florida, which is among the top five states with the highest per capita rate of reported identity theft complaints, joining Michigan, California, Maryland and Nevada.

For clarity’s sake, blockchain is digital information (the “block”) stored in a public database (the “chain”).

“In a sense, it’s just like the movement from cash to credit card,” said Sam Armes, Blockchain and Legislative Affairs Director for the Seminole County Tax Collector’s office. “And the interesting thing about credit cards is it’s not like they were accepted everywhere when they first started. There was adoption because people said, “Oh, man, this is easy.’ “So this is kind of going to be the same thing. Once we have the products, everyone’s going to be like, ‘Wow, I want that too.’ Then we say, ‘All right, come latch on.’ And we can just add and add and add and add. So we’re building that platform.”

The individualized layers of security are important, because the system doesn’t involve a huge database at risk of hackers, who can access vital data for millions of people.

“If you get into my phone, I’m stuck, but 19 million other people aren’t, right?” Armes said. “So it definitely minimizes the costs.”

Armes, only 22, is a bit of a cyberspace wiz kid hired by Greenberg for his grasp of technology and practical applications in the tax collector’s office.

Armes is the point person on the project, which recently (early September) included a meeting to discuss logistics of the launch. Seminole County officials are working with a company called BlockSpaces, based in Tampa, to make the technology available and user-friendly.

Armes has a solid background in blockchain technology as the founder of the Florida Blockchain Business Association, which is a 501c6 that advocates on behalf of blockchain and crypto-based businesses in Florida.

Armes and Greenberg developed a strong bond because of their affinity for blockchain technology and cryptocurrency. “At first it was me and Joel just working together because Joel has a ton of blockchain ideas that we kind of bounced off of each other,” Armes said. “And I kept coming back to ID because I believe every other project that we want to do with blockchain has to start with identity. So if we want to start with anything, I think this has to be the first. And then every other project we do, we can set on top of that because it’s the most innovative thing to do.”

“In everything you’ll ever do, identity is fundamental. How do you prove who you are? So that means, as long as we can prove who you are and we know you are who you are, every other process in the world we can link to what we’re doing,” said Greenberg.

Get ready Seminole County. And while you’re at it, ditch the paper and the Doobie Brothers CDs.

Joel M. Greenberg is a long-time Seminole County resident, calling Seminole County home for over 32 years. He is entrepreneurial by nature, with a passion for business and technology. Prior to taking office, Mr. Greenberg ran a successful multimedia company, winning multiple nationally recognized awards. Joel was elected Tax Collector in November 2016 and took office in January 2017. Since taking office as Tax Collector, he has made much progress in such a short amount of time. He has directed the office to introduce new technologies, improve infrastructures, open new locations, streamline budgets, and improve customer service.