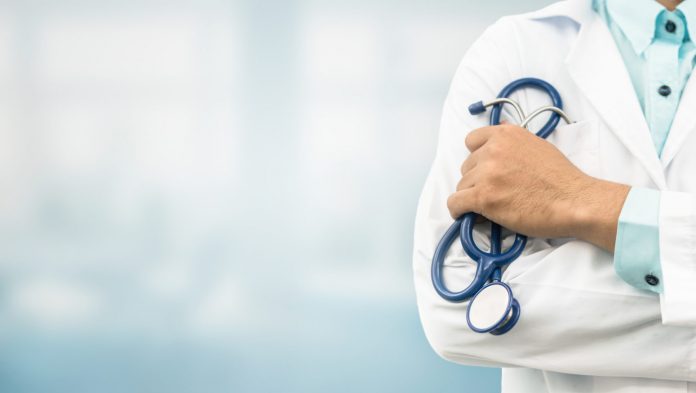 Surprise bills often pop up at the most inopportune times, when vulnerable patients are still recovering. Nobody should have to go through the additional strains that surprise billing can inflict on patients and their loved ones.

For patients already struggling with high health care costs in Gainesville and throughout Florida, surprise medical bills can deal a devastating financial and emotional blow that makes it all the more difficult to afford and access high-quality care and services. I can attest to that personally as I witnessed firsthand the tremendous pressure surprise bills can have on patients when my wife at the time was hit with surprise bills after already having to endure an aneurism and stroke.

Surprise bills often pop up at the most inopportune times, when vulnerable patients are still recovering. Nobody should have to go through the additional strains that surprise billing can inflict on patients and their loved ones. That’s why it is vitally important that Congress pass legislation to address this issue at the national level—and even more important that they address it the right way.

Having formerly served the city of Gainesville as its mayor, I want nothing more than to see Congress pass a fair, equitable approach to ending surprise billing. Yet some of the solutions that have been introduced in Congress thus far would be anything but equitable, and would in fact serve to undermine access, quality, and affordability for the residents in our city and throughout Florida, particularly for our more rural neighbors who already face high barriers to care as it is.

For example, certain legislation that has been introduced in Congress would attempt to solve the problem of surprise medical billing by tying physician rates for out-of-network care to a government-mandated benchmark determined by insurance companies’ estimated in-network averages. This gives a clear preference to large insurance companies, enabling them to use their own data—which is sometimes inaccurate —to potentially pay physicians providing vital care for our communities artificially lower-than-market rates.

This creates a tremendous imbalance in our health care system that would result in potentially catastrophic losses being passed onto Florida’s hospitals, emergency rooms, and other health care centers. Many of these facilities—particularly the ones serving rural Floridians—are already struggling with a doctor shortage and high rate of provider consolidation. Hitting them with more financial hardships would only make it that much harder for them to provide our rural communities with quality care at affordable prices.

Rather than taking us down this road, Congress should focus on enacting a more sensible, balanced approach to resolving out-of-network payment disputes—preferably one that doesn’t threaten patient access to care. Fortunately, such an approach has been proposed in legislation calling for Independent Dispute Resolution, IDR for short.

IDR would be akin to how salary disputes are resolved between players and teams in Major League Baseball. Essentially, a payment would be issued based on physicians’ claims and, if there is a dispute, both “sides”—health care providers and insurance companies—would submit their best offer through a simple, online process. Within 30 days, an independent, third-party mediator would determine a final rate. Until that time, the initial payment would help provide financial security for rural hospitals to ensure seamless delivery of patient care throughout the process.

Unlike benchmarking, IDR is the only approach being considered in Congress that has real-world examples of its success. In New York, which implemented IDR back in 2015, the process has helped increase patient protections, lower out-of-network rates and bills, and improve network participation—all while keeping emergency care costs stable or even lowering them. This is how Congress should solve the problem on a national level. Compare that to California, where a recently passed benchmarking approach is already leading to insurers terminating longstanding physician contracts, threatening access to patient care, and the choice is abundantly clear.

I hope Senator Rick Scott and Senator Marco Rubio—and for that matter, the rest of Florida’s congressional delegation—will help support IDR and work to make sure it is part of whatever legislative solution Congress eventually passes to resolve this matter permanently. The sooner IDR is in place, the better off Florida patients will be.

Ed Braddy is Chairman of the Alachua County Republican Party and is a former Mayor of Gainesville.