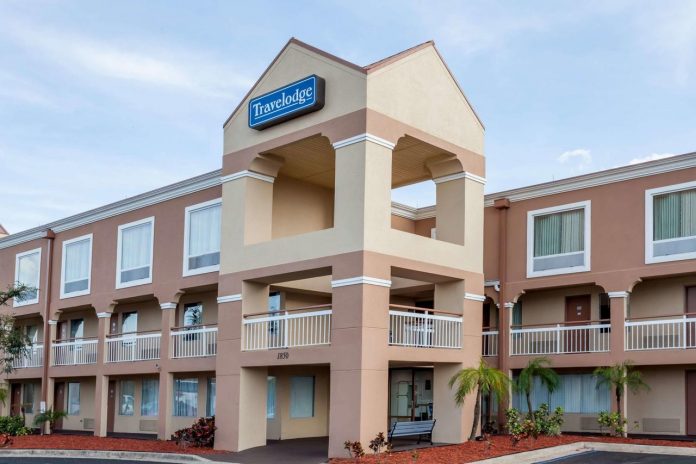 Local progressive elected officials have decried the idea of turning an Orlando area Travelodge into a migrant detention center for illegal immigrant children.

From Congress all the way down to the County Commission, area Democrats decried the idea of providing a safe and suitable place for illegal immigrant children, claiming it will create “unnecessary panic and concern in our community.” How a fully functional budget motel with all the modern amenities you could hope for in a 1st world country would be a cause for “panic” or “concern” for illegal immigrant children is laughable to say the least. It is unclear where these illegal immigrants would be coming from, though it could theoretically house illegal immigrant children discovered to be entering Florida illegally through our port cities or by other means. Regardless, anyone housed there would be afforded accommodations leaps and bounds beyond those of the third and fourth world, from where they would presumably be fleeing.

Are Democrats alleging that it would improper to provide illegal immigrant children with a safe place to stay until they can be identified and processed? That seems to be entirely the opposite of what they have said they want for these children. Even if you believe the crazy conspiracy theories of “migrant death camps reminiscent of Nazi Germany,” wouldn’t a modern Travelodge in a major metropolitan city like Orlando be the best option for these illegal immigrant children?

America is for Americans and those who wish to come here legally. Follow the process and we welcome you with open arms, our love and acceptance knowing virtually no bounds. However, under President Donald Trump, Democrats have adopted the cause of vicious illegal immigrants who often use children for cover in their human trafficking and drug running operations infecting this nation. Trump has put his foot down, delivering on his promise to secure our borders through building a wall and increasing roundups of illegal immigrants already living within our nation, many who have long criminal histories of violent crime against our fellow Americans. On the other hand, Democrats have promised illegals free health care and even voting rights equal to those of upstanding and legal Americans in our nations elections process. Many Democrat elected officials have overseen the release of vast swaths of dangerous criminal illegals into our communities, where they have murdered and raped innocent Americans.

I am firmly ANTI-ILLEGAL and want the big, beautiful wall built A LOT quicker than the current pace. However, if Central Florida must make the sacrifice of housing these illegal immigrant children until they are processed and returned to the prospective nations, that is a sacrifice I am willing to make. It is a sacrifice that many Central Floridians will be apprehensive about making, but not for the reasons that local Democrats are claiming. We’d of course prefer that these illegal immigrants not be here in the first place and were under the care of their home nations, a point that State Representative Anthony Sabatini made in a statement to Fox35 regarding the proposed illegal immigrant detention center.

Some lawmakers, like Republican Anthony Sabatini, say these shelters are needed.

“I’d like to see the shelters built in the home countries where these children are coming from to try to stop the illegal immigration from occurring, but for the children that we have detained that we have here already, we need to make sure they’re in a safe location,” he said.

If this facility is allowed to move forward and is indeed opened, intensive security measures must be adopted to prevent an attack by the alt-left domestic terrorist group Antifa, which recently firebombed a similar migrant detention center in Tacoma, Washington. Antifa has routinely promised to shut down ICE facilities and border security measures through extremely violent means. This would put us at risk in Central Florida from these domestic terrorists and we must be certain that these elements are under control before agreeing to this facility. Furthermore, residents must also be allowed to evaluate and vote upon the viability of any illegal immigrant child who could potentially earn a release into our community.

With Orange County and the Orlando are already being home to a severe violent crime and drug epidemic, it is imperative that we do not allow people claiming to be harmless illegal immigrant children let loose on our streets, without a proper local review by residents who will be the most impacted by their presence.