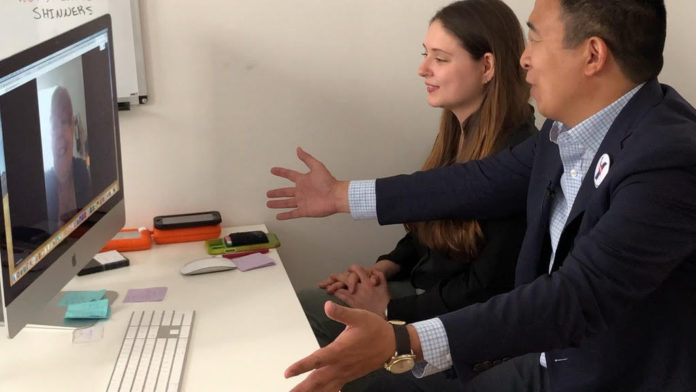 An early entry into the race, Yang has been able to raise nearly $5million for his campaign, with nearly every donation considered a small dollar gift.

The New York entrepreneur and Democrat candidate for President has announced another winner of his campaign’s project to show how a universal basic income for $12,000 annually would improve the lives of the American people. Yang is admittedly left-leaning, but has struck populist tones during his quixotic bid for the presidency.

An early entry into the race, Yang has been able to raise nearly $5million for his campaign, with nearly every donation considered a small dollar gift. He has focused heavily on the impacts of automation on our economic and employment sectors, while also pushing for more focus on STEM programs in the public school system.

One of his more radical ideas, one that he calls the Freedom Dividend, is a form of Universal Basic Income for every American over the age of 18. The most recent census estimates that around 75 million Americans would potentially qualify for this benefit, assuming the next census doesn’t reflect a major increase or decrease in the number of Americans who would qualify.

The latest recipient of Yang’s Freedom Dividend is Malorie Shannan of St. Augustine, FL. Shannon was one of thousands who RT’d a tweet from Yang promoting the program. Yang then randomly selected one person from those thousands and landed on the 60 year-old mother of three who is a local artist and baker.

According to a video released from Yang’s campaign, she plans on using the money for much needed home repairs over the next year.