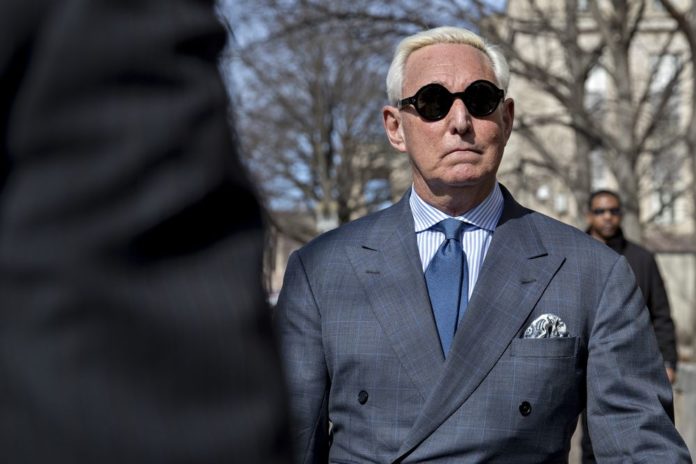 Lawyers for former Trump campaign adviser Roger Stone said their client has the right to discuss coverage of his legal case, which began earlier this year as part of the Russia probe, despite a gag order imposed on him.

According to Politico, Stone’s legal team filed an 11-page response to prosecutors in the case who accused the Republican political consultant of going against the gag order handed to him by Judge Amy Berman Jackson of the U.S. District Court for the District of Columbia.

Prosecutors flagged some of Stone’s recent comments on his Instagram feed in which he criticized the media coverage of his case.

“The government’s offer of this posting reveals the government’s desire to tarnish Stone, not to try him here on the facts,” Stone’s lawyers wrote. “Stone’s language may be indecorous at times, but that does not obscure the content’s non-culpability under the Order. Criticism of the media is not a violation of the Order.”

Stone also routinely posts images with captions containing the hashtag #rogerstonedidnothingwrong. When he was arrested at his Florida home in January, he was wearing a shirt emblazoned with that phrase.

Stone got into hot water with Judge Jackson in February after he continued to talk publicly about his case and criticize the entire Russia investigation. Jackson responded by slapping the gag order on him.

Stone is accused of witness tampering and lying to investigators. It’s been alleged that Stone was the middle man between the Trump campaign and WikiLeaks, which published damaging information about Democrat Hillary Clinton leading up to the 2016 election.

Stone has consistently denied acting between candidate Trump or his campaign and Wikileaks during the 2016 election.