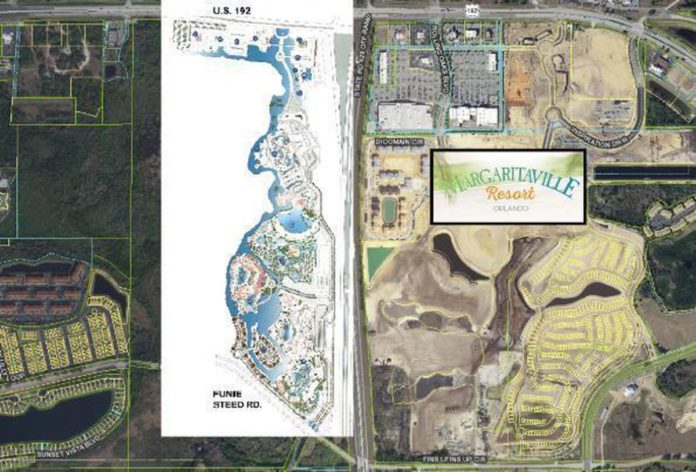 Billed as “all halal” and accommodating to Muslim families, that is about all we know when it comes to how the resort plans on handling bookings or interactions with non-Muslim clientele.

A Canadian based developer is planning to build a “Muslim friendly” resort just minutes away from Walt Disney World and the sprawling Margaritaville Resort in Osceola County. A similar resort in the Dominican Republic from the same developer is set to open at any moment, according to postings on their social media accounts.

Billed as “all halal” and accommodating to Muslim families, that is about all we know when it comes to how the resort plans on handling bookings or interactions with non-Muslim clientele. However, the history of Zafir Rashid, the man behind the project, helps us understand a little bit more about what to expect.

Everest CEO Zafir Rashid formed an Orlando-based affiliate company, GMR Development Orlando Inc., for the project, which will be its first in the United States. In Canada, the company specializes in multi-family real estate, student residences, commercial/retail mixed-use communities, and hospitality properties.

It will span over 200-acres and is estimated to cost $500million.

The Grand Medina Resort, Rashid’s Dominican Republic based and soon-to-open carbon copy of the proposed Orlando project, recently sponsored the Islamic Society of North America’s annual convention in Houston. ISNA has admitted ties to the Muslim Brotherhood and Hamas, both extremist terrorist organizations operating in America and abroad.

The Grand Medina Resort, the model for the upcoming Orlando project titled “Golden Lagoon”, is Sharia compliant.Women-only areas and a full halal dining program are some of the top-offerings. A prayer area is also planned, though we are unable to confirm it will be a completely built-out Mosque. Rashid’s Dominican Republic project is slated to open at any moment, just as the United States has been investigating a rash of suspicious deaths of nearly 10 American citizens at tourist enclaves and resort destinations.

Now it seems that the threat of being killed at a resort could become even more common if you pick the DR as your vacation destination, with the Grand Medina Resort providing you an explosive Spring Break vacay, at Rashid’s Sharia compliant island retreat.

But who will really be welcome at the Dominican Republic or Orlando-based “Muslim friendly” resorts?

What would happen, per se, if a Jewish or gay couple wanted to book a wedding or excursion at this “Muslim friendly” resort? What if resortgoers wanted to incorporate alcohol or non-halal cuisine in their packages at the resort? Hate crimes from Muslims against the LGBT and Jewish communities are reaching historic highs in the United States and abroad.

At face value, you might think that there is nothing wrong with having a “Muslim friendly” resort, but how can we be sure that “Muslim friendly” does not mean “Muslim only” or terrorist friendly? We have seen how massive Muslim migration has taken over cities in Minnesota and Michigan, where non-Muslim residents are unwelcome and in imminent danger. Honor killings in these areas, particularly in the Midwest, are on the rise.

Pulse shooter and ISIS pledged jihadist Omar Mateen originally planned to attack several locations at Walt Disney World, before settling on the Pulse nightclub in Downtown Orlando. Terrorist front group CAIR (Council on American-Islamic Relations) has one of their largest and most active branches in Central Florida.

CAIR’s former Orlando leader Ahmad Saleem was arrested by the FBI for attempting to have sex with an underage girl. CAIR activist Rasha Mubarak holds pro-Hamas and Hezbollah gatherings in the Central Florida area, regularly palling around with Jew hater Linda Sarsour.

There are already too many issues with Islam in the Orlando area. Is a resort that will cater to these type of individuals really what Floridians need going into the 2020 election where Democrats are normalizing Radical Islam in America? And the timing…

The announcement for this resort comes during the third-year anniversary of the terrorist attack at Pulse, which left 49 people dead and hundreds of others traumatized. Quite frankly, this is “Sharia In The Sun”, a gateway to Sharia compliance in the Sunshine State if the project is allowed to move forward.

United States intelligence agencies should be closely monitoring the investors backing this property, and provided a continued watchful eye on the clientele once it opens. Especially since it has been well documented that the developer behind this project has close ties to Islamic extremists who openly associate with co-conspirators in the World Trade Center bombing and terror-linked groups that display open hatred for the people of Israel that would make Hitler blush.

Recent reports show that Muslim tourism is a nearly $200billion a year industry, with lots of that money coming from individuals based in Muslim countries or regions that are notoriously anti-American and engaged in partnerships with terrorist organizations like Hamas and Hezbollah. This “Muslim friendly” resort could become a springboard for anti-American and anti-Israel gatherings.

No thanks, take your Burkinis and virgin-daiquiris somewhere else.

Investigative journalist Laura Loomer contributed to this report, which was first published at LauraLoomer.US

Jacob Engels is an Orlando based journalist whose work has been featured and republished in news outlets around the globe including Politico, InfoWars, MSNBC, Orlando Sentinel, New York Times, Daily Mail UK, Associated Press, People Magazine, ABC, Fox News, and Australia’s New Dawn Magazine and Gateway Pundit. Mr. Engels focuses on stories that other news outlets neglect or willingly hide to curry favor among the political and business special interests in the state of Florida.