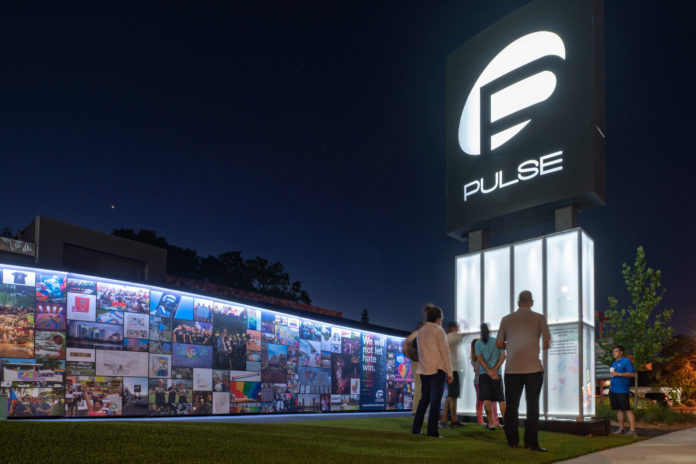 Tax returns reveal that Barbara Poma, owner of Pulse nightclub and one of the founders of onePulse Foundation, is pulling in $150,000 a year in compensation. Staff salaries are expected to balloon to $2million in “staff expenses” by 2021.

Local news organizations in Central Florida are reporting on new details regarding the finances of the onePulse Foundation, a non-profit started in the aftermath of the Islamic terrorist attack at the Orlando nightclub several years ago. The owners of the Pulse nightclub founded the non-profit and are expected to bring in north of $50million in government and private grants to fund a full-time memorial.

WESH2 of Orlando reports that nearly 300,000 people have visited the memorial site annually since the 2016 Islamic terrorist attack that left 49 people dead and hundreds traumatized forever.

Tax returns reveal that Barbara Poma, owner of Pulse nightclub and one of the founders of onePulse Foundation, is pulling in $150,000 a year in compensation. Staff salaries are expected to balloon to $2million in “staff expenses” by 2021. The costs for staffing and leadership for a self-tour memorial are curious, considering the fact that they only appear to be funding a rash of cocktail receptions and fundraisers for the non-profit.

According to news reports, family members of victims are incensed about the staffing costs and fact that it appears that the owners of the former nightclub are profiting from the tragedy after failing to properly secure the venue.

Victim Drew Leinonen’s mother is not only angry at Poma over his death — she suspects onePULSE and its executives are profiting from the loss of so many lives. She’s not the only one with concerns.

“You know, it seems like an exorbitant amount of money,” Pulse patron Rebecca Wheeler said.

Plans for the long-term memorial have consistently ignored the role of Islam in the terrorist attack that left 49 people dead, with community leaders and activists sweeping the shooters allegiance to ISIS under the rug in favor of framing the tragedy as an attack on LGBT people.

This is a developing story.