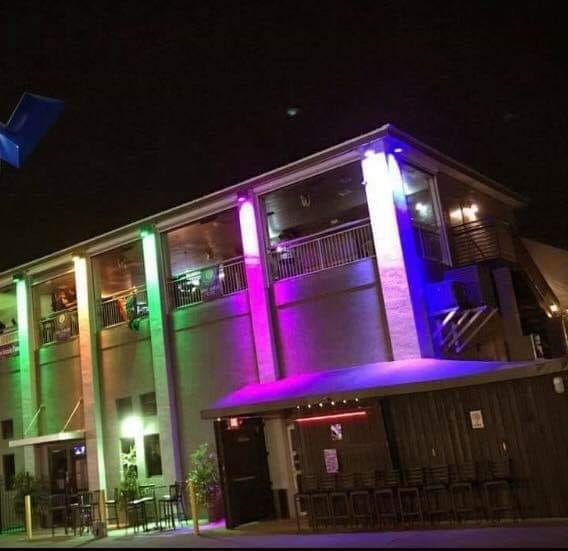 The gay bar right outside of Orlando City Stadium is a few blocks West of Amway Center on Church Street.

Alt-left activists who had previously looked to organize hundreds of radical Trump haters on the steps of the Amway Center (the site of President Trump’s 2020 kickoff rally), have landed on a different location, a popular bar just a few minutes outside of Orlando’s main Downtown corridor.

Stonewall Bar Orlando is not the largest of venues, but it does have a parking lot area on property that could presumably accommodate a couple hundred protesters with overflow being placed inside the venue. Weather predictions indicate that June 18th could bring scattered thunderstorms and rain showers throughout the day. According to organizers of the Resist Hate Rally Orlando, which has been rebranded as the Win With Love Rally, United States Secret Service has shut down the areas surrounding closer potential locations that they had been evaluating before landing on Stonewall.

When we called Stonewall to confirm that they were indeed hosting the anti-Trump rally, the employee who answered the phone said that he was unaware of the gathering until we had notified him and suggested we call back on Monday afternoon to speak with a manager.

If they are the location of the anti-Trump rally as the rally organizers state, it is certainly a strong message to the Central Florida community that they do not want any pro-Trump patrons frequenting their establishment. Just across the street from Orlando City Stadium, Stonewall does cater to a large non-gay clientele during major events. It is not clear if people holding conservative or center-right political viewpoints will be welcome at Stonewall going forward.

Those looking to let the bar know how you feel about their association with alt-left activists, can call Stonewall Bar Orlando at (407) 373-0888.

The anti-Trump protest will be documented and countered by pro-Trump demonstrators. Media watchdogs are also reportedly planning on covering the gathering and providing wall-to-wall live-feeds of the interactions between the two groups. Some anti-Trump activists are upset that the rally is not being held closer to the Amway, with individuals stating that they will get as close as possible to President Trump’s speech to make their voices heard.

Violent outbursts from the anti-Trump demonstrators are expected, as their allies in the media have continued to cheer on political violence following the attack on pro-Trump Congressman Matt Gaetz. Organizers have urged attendees to not engage Trump supporters, though past events have shown that they are unable to control their outbursts when confronted with differing viewpoints.

Prior to the rally, the alt-left activists are going to be dining at Hamburger Mary’s in Downtown Orlando at 1pm and will be using Sunrail throughout the day throughout Central Florida.

You can monitor their activity by visiting this link.