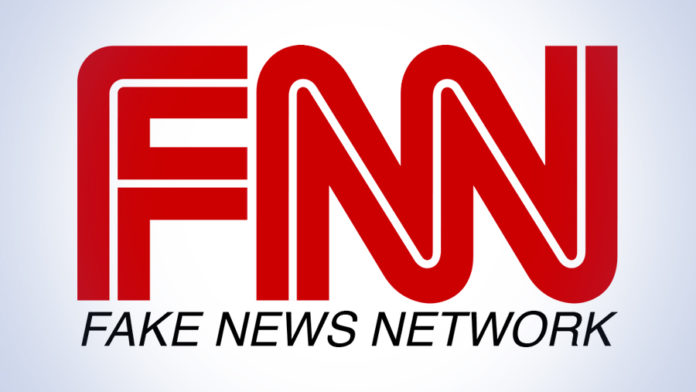 President Trump has been railing against the dangers of Fake News since he launched his campaign for President in the summer of 2015.

A new poll from the Pew Research Center shows that Americans are more worried about the impact of Fake News than they are the threat of terrorism. It should not be a surprise, considering the fact that the mainstream and alternative media in this country are actively causing greater harm to their fellow Americans than terrorists in far away places.

On an almost daily basis, Trump supporters and anyone to the right of Karl Marx, are being targeted for simply sharing funny memes or comedic videos mocking the increasingly unstable behavior from Democrats in Washington DC by members of the media. Then their alt-left shocktroops violently attack people in the streets of America for simply holding differing viewpoints.

The polling also shows that Fake News has also lead to an increasing distrust of media institutions and the government. All of these findings are great news. For how the media has been behaving, they have rightly earned the moniker of “Enemy of the People.” The President should continue labeling them as much and they should be shamed for their disgusting betrayal of journalistic ethics as they maintain their deranged assault on ethical reporting.

Just last week, connections between a violent alt-left domestic terrorist organization known as Antifa were revealed. They have been working with journalists in the mainstream and alt-left media for years, parroting talking points and targeting private citizens for harassment for the crime of supporting President Trump.

Fake News is a form of terrorism, it’s the precursor to an all out civil war between the American people. They will continue to whip mentally unstable alt-left activists into a fervor until they push the American people to the brink of conflict, a conflict which the media should be held liable for.

They are the “Enemy of the People.”