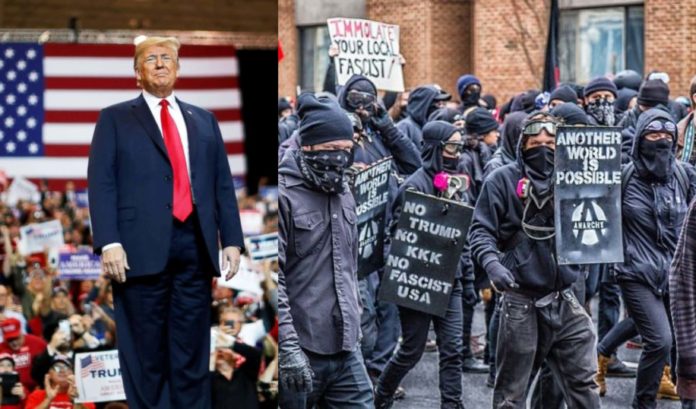 Alt-left activists and local journalists will experience peek levels of Trump Derangement Syndrome in June. Over 30,000 are expected to come see President Trump speak in Downtown Orlando, according to his 2020 campaign manager Brad Parscale.

Hundreds of mentally ill and easy-to-violence left-wing activists are expected to organize protests to #Resist in the progressive bastion of Downtown Orlando, as they have in the past during major policy announcements or visits from Trump to the Sunshine State. Liberal politicians in local, county, state, and federal office will predictably use the occasion to rally their base and to further indoctrinate simple minds with cries for impeachment.

Residents of Central Florida should be prepared for violence from these groups, make no mistake that they are severely unwell and will be riled up by journalists who can’t separate their personal political beliefs from their duty to providing unbiased news. It is well documented that anytime these journalists and activists have been confronted locally or across the United States with a major Trump rally or opposing viewpoints at political gatherings… well… they become incensed and violent.

How will the City of Orlando prepare and police this visit? Will they allow true freedom of speech and assembly to occur? I hope they do. Both sides should have the opportunity to showcase if they are simply their to speak their mind or inflict harm on people they disagree with politically.

Violent political actors who masquerade as Trump-hating “anti-fascists” are known to use occasions like this to intimidate their political opponents through extreme violence and other acts of intimidation. These groups are regularly promoted by members of the media, who provide favorable coverage to anti-Trump protests, along with the moral permission to use extreme means as they #Resist Trump’s presidency.

I will be on-the-ground documenting any activity surrounding Trump’s visit, both from protesters and supporters. More information about the rally is expected to be released from the Trump campaign in the coming days.

Stay safe and remember that if you are attacked or capture political violence of any kind… email info@centralfloridapost.com with all the details.