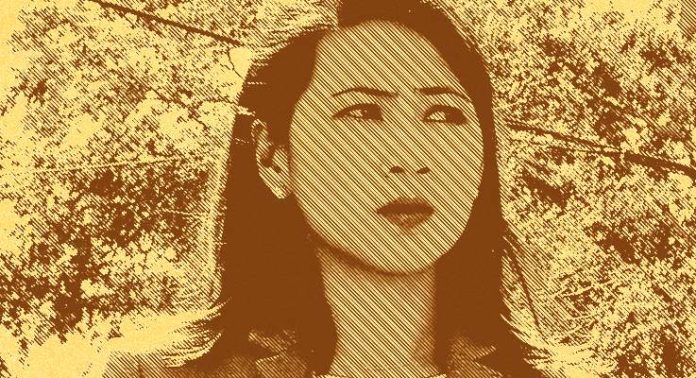 Congresswoman Stephanie Murphy gushed about her in district coffee meetups leading into this past weekend, only to restrict recording of any kind and reveal her radical roots on two hot-button issues.

Sometimes I feel like the voters of Florida’s 7th congressional district must have committed a collective grave injustice in some previous life. After over two decades of steady leadership from Congressman John Mica, they have been tortured by the severely dishonest and fake presence of the pompous dolt Stephanie Murphy.

She held a swanky fundraiser during Hurricane Irma and continues to lie about her stance as a moderate when she really is a die-hard Nancy Pelosi apparatchik. When I confronted her over her hypocrisy during the 2018 elections, Murphy lied to law enforcement about me being a security risk to lock down her events from the public.

In 2019, Murphy has been billed as the leading moderate in Congress and even earned a top-billed Politico cover story heralding her “velvet hammer” approach. The lies have continued and the media has continued to support the MURPHY MYTH. But myths have a way of fading away and exposing carefully crafted personas, even if the veil is only lifted from time to time.

On Wednesday, Congresswoman Stephanie Murphy lifted the veil and revealed her true progressive self.

At one of her poorly attended district meetups (where she has been busted lying about attendance and deleting tweets already), the supposedly moderate Stephanie Murphy proclaimed that she wanted mandatory registration of all firearms in the United States.

You deleted the original tweet to add more photos. These new photos maybe show 40+ people, not 200! Fire your staffer 😂

95% of your money comes from out of state health insurance companies & your in-laws bank account. Gathering 200+ is impossible for you!
Unseating you in 2020! https://t.co/EGJbdPnsBK

District 7 resident Don Kirkendall witnessed the exchange. For the record, Murphy did not threaten to release nuclear weapons on citizens who failed to comply, as California Congresswoman Eric Swallwell did several months ago when he was also pushing mandatory gun registration.

“She claimed it would prevent mass shootings,” Kirkendall recalled to the Central Florida Post.

Mandatory gun registration is one of the most far-left positions being pushed in the modern American body politic, hardly the type of policy that Blue Dog caucus leader and alleged moderate Stephanie Murphy would claim to support if you believe the MURPHY MYTH.

The Congresswoman then moved on to the topic of border security, first stating that Trump’s border wall would be useful… before saying it wouldn’t. Attendees said that Murphy seemed flustered after being called out on her swaying positions on border security, ultimately getting very upset and forcefully shutting down the constituent who asked the question.

This is the real Stephanie Murphy. A political hack who wants to impose her will on the people, damned if they agree with her radical beliefs.

It’s why she bans recording devices of all kinds when she comes home to Central Florida, she doesn’t want you to know who she really is. Does that sound like America? Or more so like Nazi Germany and Soviet Russia?

Need anymore proof? Moderate Stephanie Murphy is now calling for the impeachment of the President of the United States of America because the Mueller report didn’t reach the conclusion her boss Nancy Pelosi wanted. An investigation was held and found no obstruction or collusion. Yet Murphy wants to harass and torture President Trump through her power as a member of Congress.

The Special Counsel clearly stated a foreign adversary interfered in our elections. That’s why I’ve long said we must secure our democracy. Mueller also made clear why Congress must conduct its own independent investigation into the report’s findings on possible obstruction (1/4)

Stephanie Murphy claims that she is a capitalist and she is proud to be an American, pointing to the fact that her family fled communist Vietnam. It’s become clearer and clearer that Murphy’s origins represent her true self — a communist far-left apparatchik who wants to dismantle the America we know and love.

She should come out already… everyone else knows the secret she so desperately tries to hide by continuing the MURPHY MYTH.