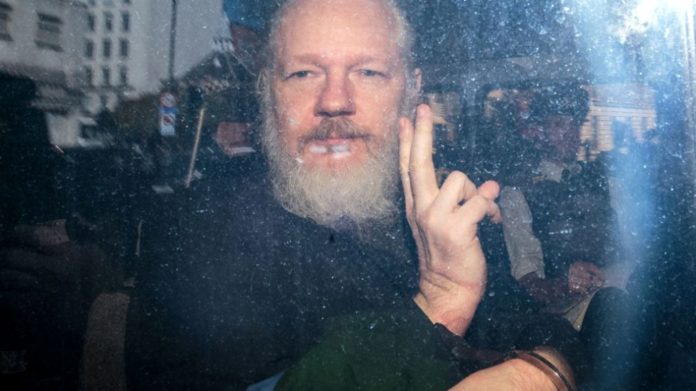 The recent announcement by the Department of Justice that they will charge Wikileaks Founder Julian Assange under the Espionage Act is a disgraceful attack on journalism and freedom of the press.

The Espionage Act was created to prosecute spies and employees with classified clearances for leaking sensitive information to the press. As noted by Politico, the United States government has long shied away from using the Espionage Act to charge journalists for publishing the information, a practice they recently violated when bringing charges against Wikileaks Founder and internationally renowned journalist Julian Assange.

This move by the Trump administration seems like a tool of appeasement for radical alt-left activists and Democrats, who can’t get over the fact that Assange’s organization pulled back the curtain on Hillary Clinton and dozens of other high-level Democrats during the 2016 election with a series of incriminating leaks. Democrats who were once held Assange in hero status during the Bush era, slowly began to sour on the journalist when he continued his truth-telling under President Obama’s regime.

By the time the 2016 elections were over, Democrats had come full cirlce from the most ardent of Assange supporters, to his fiercest opponents. This hypocrisy is nothing new for Democrats in the Trump era, but it’s important to realize that President Trump seems to have bought into their nonsensical blathering.

Which means that President Trump is attacking the only journalist in the world who actually does actual journalism and truth-telling… OR… he has a grand plan to extradite Assange and demand further testimony regarding the innumerable crimes committed by the Clinton crime cartel. Furthermore, Assange could be extremely helpful in proving once and for all that Russia did not hack the DNC, a conspiracy theory promoted by unnamed intelligence sources, then subsequently parroted by the Democrat party and their allies in the mainstream media who have provided no substantial documentation to support these claims. Noted intelligence experts like Bill Binney, a former top analyst at the NSA, have publicly stated that the evidence suggests that the information removed from the DNC servers were removed by an inside-man.

Last month, Senator Rand Paul suggested that the United States offer Assange immunity in exchange for his testimony on Hillary Clinton’s emails, the DNC hack and other relevant items related to document dumps published by Wikileaks leading up to the 2016 election.

President Trump would be wise to go this route. Instead it seems that he has let his Justice Department run amok, a Justice Department still infested with Clinton and Obama holdovers who have been busted in the coup attempt against the President… otherwise known as the Mueller investigation.

Democrats who now gleefully promote the prosecution of Assange are the worst kind of hypocrite. If you prosecute Assange, we must also retroactively prosecute each news publication and journalist who worked to publish classified documents, all the way back to the Nixon-era with the Pentagon Papers.

A free press is a free press. You cannot simply pick and select journalists for prosecution because they stood up to the established order, whether that established order comes in the form of a Republican or Democrat presidency or political campaign.