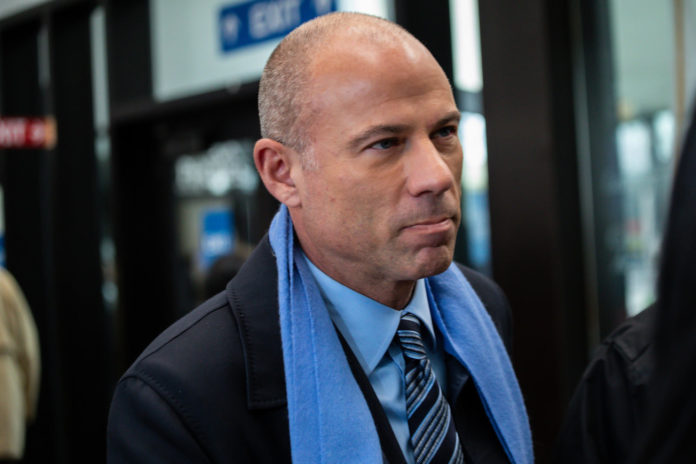 When Roger Stone was arrested in late January of this year, we woke up to propagandist style livestream of the FBI jackboot raid, courtesy of CNN. Armored vehicles, dozens of heavily armed agents, amphibious units in the canal. The agents were armed with high-powered rifles, side-arms, concussion grenades. If you had been simply watching the live-feed without a chyron or on-air commentary from the lovely people at CNN, you would have thought that you were viewing a re-run of the raid on Bin Laden or a big-time bust of some heavily armed drug kingpin.

Alas, you were watching an FBI strike-force raid the home of a man accused of lying to congress. Yes… you read that correctly. Roger Stone was dragged out of bed and arrested at gunpoint with dozens of federal agents, armored vehicles, and amphibious units patrolling the canal behind his home. His wife was rousted from bed and paraded in front on their neighbors barefooted in her nightwear. There was no call to turn himself in and no attempt to reach his lawyers. Had he been notified, he would have gladly turned himself in peacefully. However, a show of force was what had been ordered and CNN was more than happy to deliver it live on national television.

While it was claimed by some that Stone might be a flight risk, a judge would release him later that day on a surety bond, proving that the court did not believe that Mr. Stone was a flight risk. Hundreds of thousands of dollars, if not millions were presumably wasted on this raid. More men were sent to arrest a 66-year old man on process crimes than were sent to save Americans at the consulate in Benghazi. More than were sent to kill Bin Laden.

This excerpt from a Vanity Fair article detailing the arrest really tells you all you need to know.

“Michael Avenatti?” one asked. “Yes,” he responded. “F.B.I.,” they told him. “You’re under arrest.” The agents pulled him aside to the entrance of a store. They took his briefcase and his cell phone before pulling a large trench coat around his shoulders so they could handcuff him discreetly. “I told them I appreciated the fact that I wasn’t treated like Roger Stone,” Avenatti told me, “and that CNN was not outside waiting for me.” …..The agents managed to hustle him out of the mall without being noticed, a remarkable feat in the smartphone era and the year of Avenatti, and let him wait in a hidden alcove while the car that would take him to be booked pulled around.”

Avenatti brags that he was treated better than Roger Stone AND celebrates the fact that he escaped a nationally televised perp-walk courtesy of CNN, a network that tirelessly promoted Avenatti over 100 times in the past year alone. Avenatti got the type of treatment that most would expect from a law enforcement agency, if that agency was not hellbent on tainting the reputation of the accused with a shock-and-awe early morning raid that had enough heavily armed agents to invade a small country.

One has to wonder why the FBI gave Mr. Avenatti this special treatment? Why they didn’t tip off their pals at CNN of the impending arrest? More importantly, you have to wonder why they went to such great lengths during the arrest of Roger Stone to make sure that CNN was there to televise every moment?

The presence of so many armed agents and vehicles would lead you to believe that they must have thought that Stone was a risk to himself or others present right? However, they allowed CNN within a stone’s throw of it all… as they cleared the rest of the street of any residents or bystanders.

Tell me again how CNN wasn’t tipped off and how the arrest of Roger Stone was standard procedure?

Is the Avenatti route or Stone route standard operating procedure? It can be one… but it can’t be both.