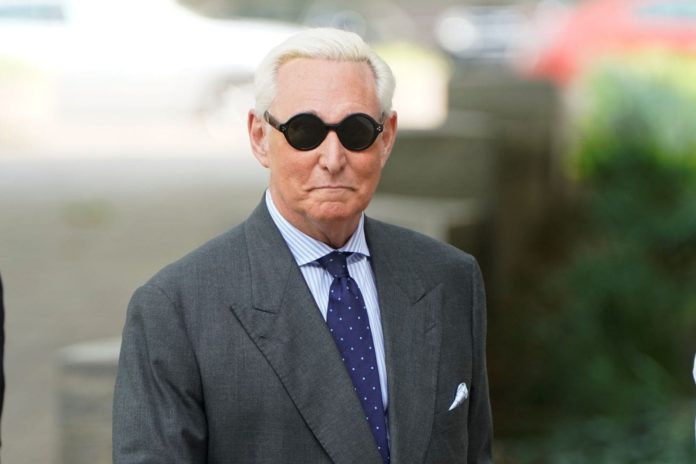 Stone’s suppression motion also points out that the FBI and Mueller completely violated every forensic standard in the book by accepting the forensics of the DNC vendor, CrowdStrike, rather than securing and examining the alleged crime scene themselves.

In a Court filing on Friday, May 10 2019, Roger Stone, the long-time friend of Donald Trump targeted by Robert Mueller, and subsequently charged for lying, obstruction, and witness tampering in the Russiagate House Intelligence Committee investigation, has challenged the central premise of Russiagate, that the Russians hacked the DNC and thus “interfered” in the 2016 Presidential election to Donald Trump’s advantage. In a Motion to Suppress documents and evidence gathered as a result of search warrants issued in his and other cases, Stone has attached expert Declarations from former NSA Technical Director William E. Binney and widely recognized private cybersecurity expert, Peter Clay, challenging Russiagate’s foundation: that the Russian state hacked the computers of the DNC, John Podesta, and the DCCC and transferred the data to WikiLeaks for publication. Stone’s suppression motion states that this, in all probability, never happened.

His case is presently pending in the U.S. District Court for Washington, D.C. and a hearing to discuss this motion is scheduled for June 21, 2019, before Judge Amy Berman Jackson. In his motion, Stone requests an evidentiary hearing at that time. If Stone is successful, it will represent the first time the false narrative of the Russian hack of the 2016 election will be subject to actual adversarial testing and, most believe, the theory will be substantively disproved by being subjected to actual sunlight. Stone is also seeking unredacted copies of CrowdStrike’s forensic reports upon which the entire “Russia hacked the DNC and Podesta” narrative depends.

While the Washington Post had to cover this very significant filing, it censored the fact that the former Technical Director of the NSA, Bill Binney, supports Stone’s contention that the Russian hack has not been proven.

Stone is charged with false statements, allegedly made to the House Permanent Select Committee on Intelligence, about his efforts to find out what documents WikiLeaks had and when they would be published and with allegedly threatening a potential witness who Stone believed was lying to Mueller about Stone’s contacts with WikiLeaks. Many former prosecutors have argued that the actual charges against Stone could have been set forth in a few pages. But Mueller’s 23 page “speaking indictment” seeks to smear Stone by placing him in an overarching conspiracy, involving the Russian hack and the Trump Campaign and efforts to mislead Congressional and FBI investigators. As anticipated by Mueller’s partisan prosecutors, Stone’s indictment has been widely publicized. One of the specific statements cited by Mueller, under the heading, “Stone’s False Testimony to HPSCI” is that: “These hearings are largely based on a yet unproven allegation that the Russian state is responsible for the hacking of the DNC and John Podesta and the transfer of that information to WikiLeaks.” In addressing the House Committee, Stone stated that his testimony was intended to rebut allegations that he knew in advance about the hacking of the Clinton Campaign and that he had advance knowledge of the source or actual content of the WikiLeaks disclosures.

Mueller’s McCarthyite team used the indictment’s wandering narrative, to argue that Stone’s case is related, factually, to Mueller’s Russian GRU hacking case, United States v. Netyksho, No. 18-cr-215, currently assigned to Judge Jackson. While the Netyksho case indictment will never be tried since the individual GRU officials indicted for hacking the DNC and Podesta will never show up in a U.S. Court, Mueller’s team argued that the “factual” relationship of the cases necessitated the assignment of Stone’s case to Judge Jackson rather than a judge assigned by random draw, which is the normal procedure. Judge Jackson also presided over Paul Manafort’s case. Stone’s attorneys have challenged Mueller’s related case assignment of Judge Jackson as an abuse of the system.

According to Stone’s Motion to Suppress, the search warrant affidavits in Stone’s case and the Netyksho case, depend upon Mueller’s factually deficient narrative about the Russian hack and accuse Stone of a broad conspiracy with the Russians and WikiLeaks in the hack. The search affidavits state that Stone is being investigated for crimes which could only be derived from his participation as an active conspirator with the Russians and WikiLeaks in the alleged DNC, DCCC, and Podesta hacks. If it turns out, as Stone alleges, that the search warrant affidavits were false and intentionally or recklessly so, then everything seized from Stone as a result of the searches conducted based on the false affidavits, must be suppressed and cannot be used as evidence against Stone.

The Binney and Clay affidavits are identical in substance. Binney’s affidavit states, under the heading “Opinion,” that “WikiLeaks did not receive the stolen data from the Russian government. Intrinsic metadata in the publicly available files on Wikileaks demonstrates that the files that were acquired by WikiLeaks were delivered in a medium such as a thumb drive physically local to the DNC.” Binney backs up his expert opinion with facts derived from his forensic studies and experiments concerning WikiLeaks DNC files and the materials published by Guccifer 2.0, who Mueller alleges is a Russian GRU persona operating from Russia. Binney cites three main points: (1) all last modified dates and time stamps of the DNC data on the WikiLeaks site end in even numbers, consistent with data copied from a secure system to a physical medium such as a thumb drive, but inconsistent with files copied over the internet from one server to another system, such as used by hackers, (2) the time signatures on Guccifer 2.0’s posted files demonstrate that they were copied at speeds massively greater than internet speeds. The speeds are consistent with files copied directly and manually to a thumb drive inside the building, and (3) the WikiLeaks files were copied in three tranches on May 23, 25, and 26, 2016, skipping the 24th. “This would be more consistent with files that were covertly copied when opportunities presented themselves, as opposed to collection of files that had already been gathered and then transmitted as a collection to a destination such as WikiLeaks.” WikiLeaks has consistently insisted that they received the DNC and Podesta documents from an inside leaker in the United States and not from any Russian state actor.

Stone’s suppression motion also points out that the FBI and Mueller completely violated every forensic standard in the book by accepting the forensics of the DNC vendor, CrowdStrike, rather than securing and examining the alleged crime scene themselves. Now, it appears Mueller’s team is adding to the malfeasance. It has produced redacted copies of CrowdStrike’s forensics as part of the discovery to which Stone is entitled in the case. Why the government is redacting reports from the DNC’s vendor, a private company, in its productions to Stone’s defense, is a mystery.

CrowdStrike claimed that the Russians had hacked the DNC servers in June of 2016, a claim many believe was orchestrated by the Clinton Campaign to deflect from the truthful documents published by WikiLeaks demonstrating that the DNC was attempting to sabotage Bernie Sanders insurgent campaign for President. Stone’s motion does not recite CrowdStrike’s political hatred of the Russian government or that John Podesta, the Clinton Campaign Chairman, was planning, according to a liberated WikiLeaks Podesta document, to smear Donald Trump as a Russian pawn as early as December of 2015. The Mueller Report itself acknowledges a central flaw in the Russian Hack narrative concerning how the documents got to WikiLeaks. Mueller acknowledges that he cannot prove that the hacked documents were transmitted over the internet to WikiLeaks, stating at page 47 of his Report, “The Office cannot rule out that stolen documents were transferred to WikiLeaks through intermediaries who visited during the summer of 2016.”

Binney and the Veteran’s Intelligence Professionals for Sanity have repeatedly pointed to the complete lack of verifiable evidence concerning how the purported Russian hack resulted in the published WikiLeaks documents, and they have conducted independent forensic studies demonstrating that the narrative set forth by the intelligence community and Robert Muller is deeply flawed and false. As a result, President Trump asked CIA Director Mike Pompeo to meet with Binney and hear him out. The meeting was attended by Pompeo and what appeared to be two CIA analysts. Following that meeting, which occurred in October of 2017, there has been a substantial and systematic effort to block Binney’s analysis and other views disputing Mueller’ Russian hack analysis, from public view.