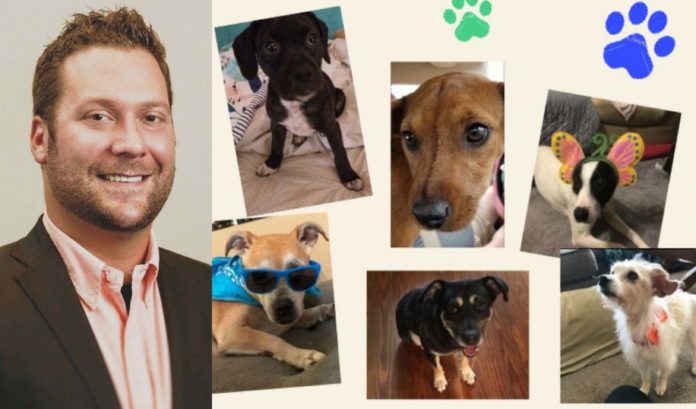 Seminole County Tax Collector Joel Greenberg is doing his part to help place some really cute doggies in their forever homes this weekend.

According to material being promoted by the Tax Collector’s Public Affairs Director Michelle Ertel, Joel Greenberg, a first time elected official wants to help Seminole County residents find the newest addition to their family. In partnership with Lil Rascals Dog Rescue, Greenberg will work with the organization at the Winter Springs branch of the Tax Collector’s office from 9 a.m. until noon on Saturday in an effort to get some of their cutest furballs adopted.

“I see the Tax Collector’s office as one of the centers of community activity. So, when I was approached to help these dogs find homes, I could think of no better place to attract the attention hundreds of citizens who visit our office on a daily basis. Plus, these dogs are so cute!”

Greenberg, who was elected in 2016 after defeating a longtime incumbent who had been exposed for decades long corruption, has used his first term to repair the relationship between the office and local residents. Under his tenure, wait times have gone to all-time lows and office locations have been completely renovated to join the 21st century.

Additionally, he has been able to spend less money a year on operating costs than his predecessor and has returned more money to the county taxpayers than ever before.

His partnership wit Lil Rascals is one of many outreach efforts he has coordinated through his office with local non-profits and community groups.

You can visit Lil Rascals website to see what doggies they have up for adoption this coming Saturday by visiting their Facebook page.