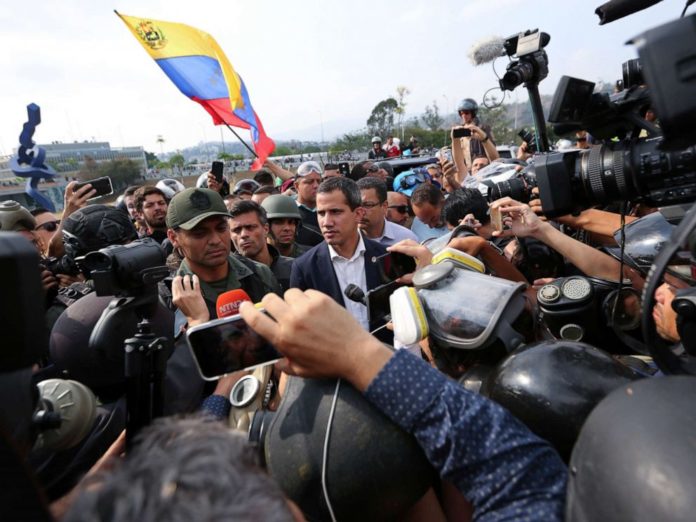 The United States and over 50 government worldwide support the move towards freedom in Venezuela that has reached a fever pitch over the past 12-hours.

As rightful Venezuelan President Juan Guaido leads what is described as the nation’s important last step towards freedom and an end to the brutal socialist regime of dictator Nicholas Maduro, Venezuelan’s will gather at Southport Community Park at 6pm to stand in solidarity with Guaido’s movement.

The country has been in turmoil for years, with Guadio recently emerging as the interim President of Venezuela after being elected the President of the National Assembly in late 2018. The election has been disputed by socialist dictator Nicholas Maduro, a notorious human rights violator who has a documented history of imprisoning and detaining his political opponents.

Early this morning, a video went viral on social media showing Guaido with members of the Venezuelan military and a recently targeted political prisoner who he freed. Guaido called on the people of Venezuela to rise up and marks the first time that he has shown significant military backing.

Ali Suarez, who is helping to organize the event, is a local journalist who also hosts a radio program on MAS 100.7FM.

“The community of Venezuelans residing in Orlando will gather in Southport Community Park today, at 6 pm, to support Venezuela’s Interim President Juan Guaidó in the final step of Operation Liberty to achieve the end of the Nicolás Maduro dictatorship.

The Venezuelan community in the world will take the streets to support Guaidó and the Venezuela’s armed forces that has sided with the Constitution, the freedom and the future of this country.