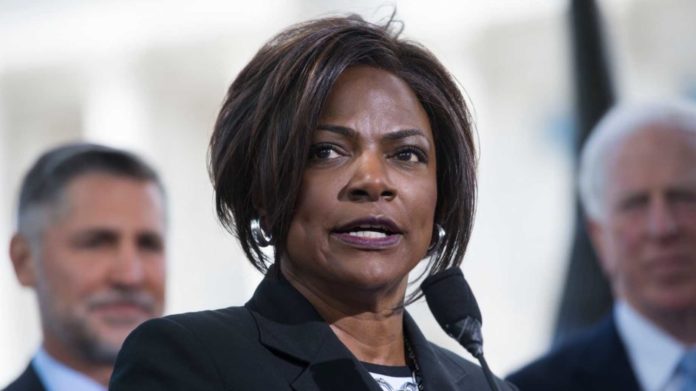 Demings, who has been a vocal gun-control advocate since being elected to Congress several years ago, once violated her own gun-safety policy when she was serving as the Chief of the Orlando Police Department.

Val Demings, an Orlando-area Democrat member of Congress filed legislation today to prevent the Trump administration from allocating anti-terrorism funds to help arm teachers. The Trump administration has been lauded by several families who lost loved ones in the tragic school shooting in Parkland last year, being praised for his effort to try and make schools safer.

Those efforts have inspired his allies in Florida and around the nation to make it legal for teachers to be armed while on school premises, provided they undergo a vigorous training and licensing program. Trump himself has signaled support for arming teachers, citing it as a method to keep students safe from mentally deranged school shooters.

Demings, who has been a vocal gun-control advocate since being elected to Congress several years ago, once violated her own gun-safety policy when she was serving as the Chief of the Orlando Police Department. The longtime law enforcement officer left a duffel bag containing her 9mm handgun, baton, handcuffs and ammunition in Chevy Tahoe, which Demings left unlocked. The items were then stolen.

She was censured by an internal-affairs investigator for violating department policy about the safekeeping of department issued equipment according to the Orlando Sentinel. It was an embarrassing affair for Demings as the Chief of Police, since only a handful of deputy issued firearms have been stolen in recent memory.

In a press-release from her office touting her anti-gun legislation, Demings promised to promote laws that keep guns out of the hands of people who shouldn’t have them. Ironically, Deming’s stolen firearm has not been recovered… meaning a criminal… the exact person who shouldn’t posses a firearm is still traipsing around with her department issued 9mm. We do not know if the gun has ever been used in the commission of a crime.

Demings was confronted about her stolen gun 8-years later when she posted a photo of her with members of the Brady Campaign and other groups that systematically aim to disarm American citizens through insidious gun-control measures. She is a member of the Congressional Black Caucus and New Democrat Coalition.

A commenter under the profile name Stephen Mercer, asked her if she had ever recovered her stolen gun.

“Let’s talk about responsible gun ownership first, before we take on other points.”

The far-left Congresswoman who represents one of the most impoverished areas in Orlando, fired back whining about how nobody is perfect before making a bizarre comment about her First Amendment rights, according to an article from The Daily Wire.

“My First Amendment right is different from yours.”

We still do not know what Demings meant with that comment, but she was roasted by Facebook users for appearing to claim that her opinion matters more than everyday Americans just because she is an elected official.

Demings is obviously a holier-than-though leftwing hypocrite who is more worried about hating everything President Trump does than she is about helping her own constituents.

Look out Maxine Waters… YOU MIGHT HAVE SOME COMPETITION.