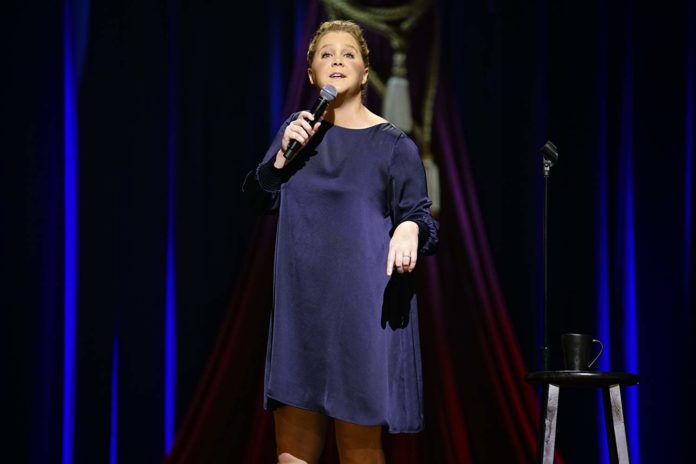 The show is comparably tame, but slightly superficial, which one can expect from the body positive diva, and conservatives will certainly cringe at her political critiques.

Schumer has not been known for her civility or tact, either on or off-stage. In between fat
pride films and pussy jokes, the notable feminist comedienne got arrested for protesting
Judge Kavanaugh’s confirmation hearings, got married, and is now pregnant with her
first child.

She has shed her Inside Amy Schumer and Leather Special persona, slashing her
hour-long vagina jokes into a story of love, personal growth, and starting a family.
It did not seem like Schumer even wanted to do the special, stating that she is there
because she “would be sued by LiveNation.” Though she kept the show on, it was
certainly calmer than what you would expect from her.

But if you like that good ole dirty Schumer, you get that to, with Amy flashing her
pregnant belly to an audience and, subsequently, a very disturbed journalist. Schumer’s special has gotten headlines for her autistic husband. Schumer speaks openly about the relationships “huh” moments which, as an autistic person, I can recognize in my own traits.

The show is comparably tame, but slightly superficial, which one can expect from the
body positive diva, and conservatives will certainly cringe at her political critiques.

Overall, this is definitively her finest special in years.