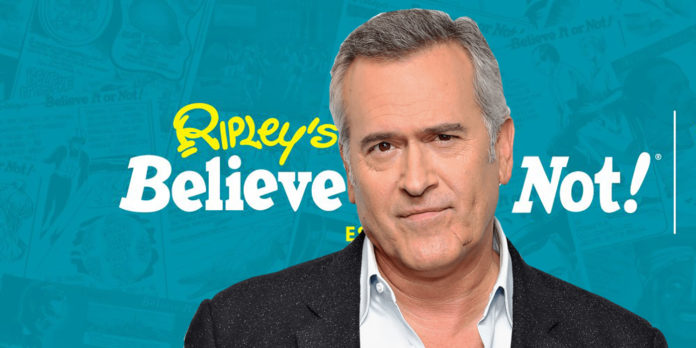 The 10-episode series will be shot here in Orlando at the Ripley Warehouse on International Drive.

Believe it or not, the evil dead are coming to Orlando. Well, not really, but Ash is, and he’s bringing back Ripley.

Set photos have just been released for a Ripley’s Believe It or Not with Bruce Campbell
hosting the reboot for the Travel Channel. The 10-episode series was shot here in Orlando at the Ripley Warehouse on International Drive.

“As an actor, I’ve always been drawn toward material that is more fantastic in nature,”
said Campbell. “So I was eager and excited to partner with the Travel Channel on this
new show.”

The Ripley franchise has a long history in television, originating in 1949 when Robert
Ripley hosted the show for NBC. The series debut marks 100 years of Ripley history, and will be on the Travel Channel this summer.