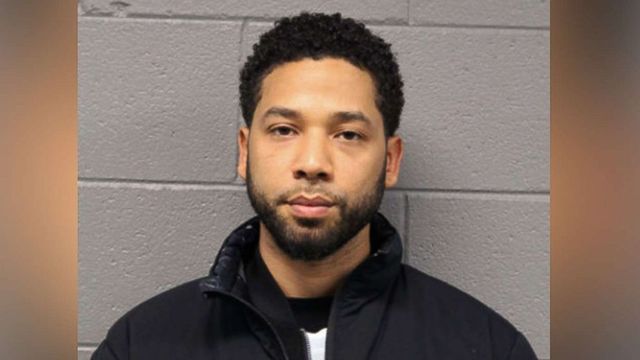 ***FIRST PUBLISHED IN THE GATEWAY PUNDIT***

Jussie Smollett claimed that his two attackers were white. Then two Nigerian brothers with links to Smollett’s show “Empire” were arrested and questioned by police in the case (they were eventually released without charges).

Then it emerged that Smollett had paid the brothers $3,500 (with personal checks, mind you). “Jussie Smollett paid two brothers to stage an attack against him, directed them to buy items used in the alleged assault and actually rehearsed it with them, sources say,” CBS-Chicago reported.

Then, of course, a Chicago prosecutor on Tuesday dropped all the 16 felony charges handed down by a grand jury against Smollett and sealed the case.

When Smollett gave a short statement after being cleared, he didn’t mention his attackers (who are, at least in Smollett’s world, still at large). And he didn’t explain why he alleged they were white.

Now, his lawyer has got a theory: They could’ve been wearing make-up — white face make-up.

“In an interview on Today, Tina Glandian claimed that Smollett did not recognize the Abel and Ola Osundairo when they attacked him on January 29 and that it still has not been proven that it was them, despite the fact that Smollett identified a photograph of the pair as his attackers before he was ever arrested and even though they had just been on the phone with him,” the Daily Mail reported.

When he learned it was them once they were in custody, Glandian said, Smollett ‘found it hard to believe’ because he had told that he could make out one had ‘pale or white skin’ around his eyes beneath the ski mask he was wearing.

It was not a lie, she insisted, adding that the reason for it could have been that the brothers were in ‘disguise’.

‘He did tell police that from what he saw, he thought it was white or pale skin, that’s what he initially said.

“Obviously, you can disguise that. You can put makeup on,” Glandian said. “There is, interestingly enough, a video. You know, I think police had minimal investigation in this case, it took me only five minutes to Google. You know, I was looking up the brothers, and one of the videos that showed up actually was of the brothers in whiteface doing a joker monologue with white makeup on him. So, it’s not implausible.”

The lawyer also offered a reason who was on the phone with the brothers for an hour before the attack. She said they were planning Smollett’s personal training regimen and setting up a nutrition plan.

Smollett also claimed the attackers “Make America Great Again” hats and tried to put a rope around his neck after pouring what he said he believed was bleach on him.

But the whole tale unraveled quickly. Video emerged that showed the brother buying hats,  ropes, masks, gloves and sunglasses at a Chicago convenience store. Plus, personal checks from Smollett to the two men also were recovered — although again, Smollett’s attorney says the payment was for personal training services.