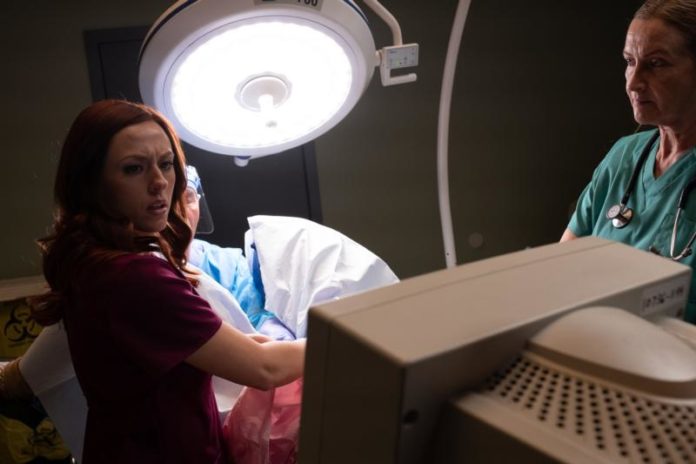 Ahead of its March 29th release nationwide to 1,000 theaters, Orange County and Seminole County Republicans are screening the anti-abortion film in Altamonte Springs on Monday.

The story of a former Planned Parenthood clinic director, who once received their “Employee of the Year” award before exiting the group after witnessing a brutal abortion, will be screened for Central Florida Republicans on Monday evening.

Charles Hart, the Chairman of the Orange County Republican Executive Committee, has been promoting the joint event with the Seminole County GOP for the past couple of weeks. The film is a narrative feature exploring the real life story of Abby Johnson and has received widespread support in conservative circles and backlash from pro-death abortionist groups.

It was written and directed by God’s Not Dead writers Chuck Konzleman and Cary Solomon, based on the memoir of Abby Johnson who was Planned Parenthood’s youngest appointed clinic director before leaving the group in 2009, according to promotional material provided by the filmmakers.

Johnson’s transformation from abortionist to pro-life activist was a result of observing an abortion procedure on a Planned Parenthood patient at the 13-week mark of her pregnancy.

“For the briefest moment,” she wrote in her memoir, Unplanned, “the baby looked as if it were being wrung like a dishcloth, twirled and squeezed. And then it crumpled and began disappearing into the cannula before my eyes. The last thing I saw was the tiny, perfectly formed backbone sucked into the tube, and then it was gone.”