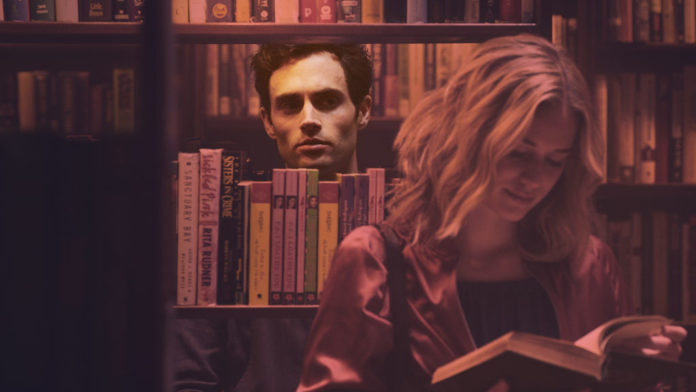 You is disturbing and a lot of times cringy to watch, especially in the #MeToo era. But it is precisely why this show is so important.

If you were to begin You, you may think this is a story of another creep preying on an innocent young girl. You would be wrong. You gives you a dark look inside the mind of a psychopath, on how he manipulates, but worse of all, how we make it so easy.

You tells the story of Joe Goldberg, who happens to notice the beautiful Guinevere Beck at his bookstore, after which he engages in next-level stalking, going from browsing her public social media accounts to having access to her real-time cell phone communications.

As an audience, we can see this is a madman. Even with the “abusive parent” origin story. But we get every angle, not just his tactics, but the philosophy guiding them. Joe keeps talking about wanting to “help” Beck, in ways that seem, in its own sadistic way, genuine.

Joe treats courtship like a game, and he plays with cold, calculated strategy. You need intelligence, so the logical solution is to follow her and break into her house to get access to her iCloud.

But we see also why he feels this way, as even though he “plays” the nice guy role (which the audience sees he isn’t), Beck continues to engage in promiscuity. Is it possible that Joe sees this as a game because our society has made love a game?

The story seems to show us not just the minds of the manipulating psychopath, but also the reasons why we are so manipulatable.

Ignoring the obvious privacy commentary, we see how Beck is confused about who she is, torn between her dreams to be a writer with her desire to fit in to what society demands of her. This “Struggle of the Millennial” is something everyone faces, and it makes one vulnerable to manipulation, whether it be from creepy stalkers or from political demagogues.

You is disturbing and a lot of times cringy to watch, especially in the #MeToo era. But it is precisely why this show is so important. It helps us get into the minds of those who wish to control us, while understanding what we must do to protect ourselves from such manipulation.