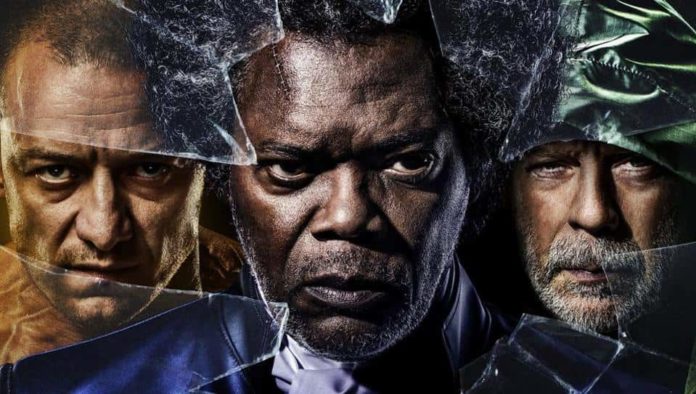 After continual disappointments, from evil plants to the butchering of Avatar: The Last Airbender, we can now rest easy knowing that Shyamalan has returned.

True M. Night fanboys have been waiting for the triumphant return of good movies from the filmmaker. Glass is a fitting and unique end to the dark superhero tale, pitting Unbreakable’s David Dunn with Split’s Beast, all coordinated by the ingenious “first name Mr., last name Glass”.

Years after Unbreakable, David Dunn is now the Overseer, a green-poncho vigilante working out of his security firm with his now adult son, Joseph. Dunn is on a mission, seeking out the Beast, who has continued spreading carnage around Philadelphia.

This all changes when both are captured by Dr. Ellie Staple, who specializes in a “disorder” which makes people think they are superheroes. Dr. Staple has one mission, a mission she nearly succeeds at even to the audience, to convince the three superhumans—Dunn, Kevin, and Mr. Glass—that superheroes are not real, and that there are rational, scientific explanations for their abilities.

Also returning is Kevin’s first victim and quasi-love interest Casey, who, having had her rapist uncle arrested, lives in foster care with a desire to save Kevin from himself.

The film plays on virtually every superhero trope, but in dark and realistic ways that are unlike your underwear-over-the-pants-wearing superheroes of yesteryear. The Dunn Family operates as a sort of Batman and Alfred, with David out in the field while Joseph is playing the tech wizard. Mr. Glass, seemingly incapacitated, uses his skilled intellect to constantly outmaneuver everyone, all the way to the climactic Shyamalan-y ending.

Each actor plays their roles beautifully, all coordinated by Mr. Glass’ puppetry. This is truly his movie, even though he is absent or “comatose” for most of it.

The film may seem slower to those used to the classic superhero movie. The action sequences seem smaller compared to something like The Avengers. But, as Mr. Glass says, this is not a final showdown, but an “origin story”.

This story is more than a superhero story. This is a story with a message about believing in yourself and recognizing that we permit ourselves to be superheroes. This was not a story about gods amongst men, this was a story about men becoming gods. It is truly “the beginning of a universe”.