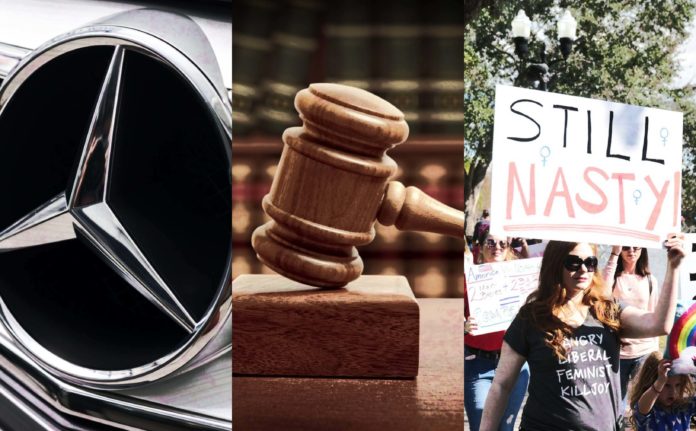 Following our report exposing Mercedes-Benz of South Orlando for sponsoring the anti-Semitic Women’s March of Central Florida, they have dropped their sponsorship and are now threatening legal action against Central Florida Post.

Several days ago we reported that the Women’s March – Central Florida Chapter had disseminated promotional material online touting Mercedes-Benz of South Orlando as the lead sponsor of their annual event, which takes place this Saturday at Lake Eola from 12-4pm.

The Women’s March, both nationally and locally, has been denounced by even the Democratic National Committee for its ties to radical anti-Semites like Nation of Islam leader Louis Farrakhan, who has called Jews “termites” and referred to Adolf Hitler as a “great man.”

Our coverage of Mercedes-Benz of South Orlando’s involvement in the event resulted in numerous phone calls and inquires from concerned members of the Central Florida community concerned over their association with a movement that is infested with Jew haters. As a result, the dealership has decided to threaten a lawsuit against the Central Florida Post, instead of admitting they made a grave error in supporting such a bigoted and highly partisan political event.

In a letter from Abbey Alexander, a lawyer with Quintairos, Prieto, Wood & Boyer of Downtown Orlando accuses our publication of publishing libelous and defamatory statements, demand that we delete our article, and publicly apologize for associating them with the Women’s March. Their attorney’s claim that their client, Mercedes-Benz of South Orlando was never a sponsor of the Women’s March, yet promotional posters designed by the Women’s March prominently display their logo and proclaim them as sponsors of Saturdays rally.

You can see the graphic below.

The Central Florida Post will not retract or apologize for our coverage of Mercedes-Benz of South Orlando and welcome an opportunity to conduct depositions and discovery on their entire staff and associates within the Women’s March – Central Florida Chapter. If they are upset over the negative reaction received from their sponsorship of the Women’s March, which they have since yanked, we are more than happy to publish their condemnation of the movement’s documented and known associations with anti-Semites.

Efforts to obtain a statement from the dealership condemning the Women’s March and the anti-Semites that have infested it have gone unanswered.

They may be a powerful luxury car dealership, but their wealth does not give them right to trample on my constitutionally protected rights as journalist to report the news, or the first amendment amendment protections guaranteed to all Americans. If you do not like the reaction from the community in response to your political minglings, we suggest that Mercedes-Benz of South Orlando do the following… SHUT UP AND SELL CARS.

We refuse to allow anyone who collaborates with documented hate groups to be given a free pass. Not today… and not in our backyard!