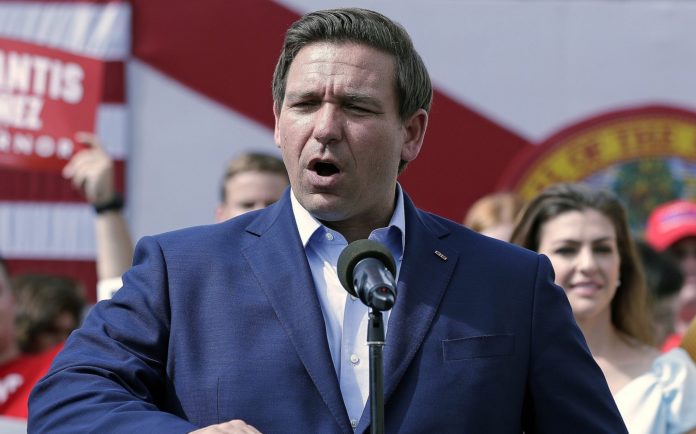 According to the TCPalm, DeSantis hopes the company rescinds the policy, which he said targets Jews specifically.

After months of backlash over their BDS-linked removal of West Bank listings, Airbnb is facing a rude awakening from Florida’s new Governor Ron DeSantis. He announced that the state would no longer reimburse state employees who opt to stay at Airbnb’s while traveling for state business.

Critics characterize the move by Airbnb as a highly political statement in line with actions of other Boycott-Divest-Sanction (BDS) proponents. To give you a sense of who may fall in that camp, one of the most prominent BDSers is George Soros. Their executive team is grounded by a San Francisco-inspired, Soros-allied political mission and they hope to wield their commercial clout to affect political change.

According to the TCPalm, DeSantis hopes the company rescinds the policy, which he said targets Jews specifically.

The governor announced Tuesday that Florida employees will no longer be reimbursed for Airbnb stays while traveling, as the state considers economic sanctions over the home-sharing platform’s decision against listing properties in the West Bank, an area that is a major flashpoint in Israeli-Palestinian relations.

“My hope is that Airbnb will rescind that policy,” DeSantis said during an appearance at the Jewish Federation of South Palm Beach County in Boca Raton. “I don’t think they quite understood what they were getting into on this.”

Prior to Governor DeSantis’ announcement, Republican State Representative Randy Fine had launched a veritable “jihad” against Airbnb, even filing legislation to strengthen penalties against companies that adopt policies associated with the radically anti-Semitic BDS movement. And, he was not alone. A number of Florida elected officials, both Republican and Democrat, called upon the company to reverse the controversial policy that refuses to list Jewish properties in the West Bank last December.

Airbnb disputes that it joined the BDS movement and provides a long algorithm that attempts to justify its decision that targets one ethnic group in one small geographic community. You can still couch surf an Airbnb in N. Korea, Iran or tribal Afghanistan, but not Israel…

Israel, for its part, characterizes Airbnb’s decision as anti-Semitic. Israel, I’d say, is pretty much the authority on what is or is not anti-Semitic. Now that Governor DeSantis has taken the first steps towards kneecapping Airbnb in Florida, people are wondering what else he can do to push the company to reverse it’s policy.

Florida remains one of the fasting growing markets and biggest earners for Airbnb.

They can prevent the investment of any of Florida’s ~$168 million pension account from investing in funds that include Airbnb (after the platform’s IPO). They can invalidate any agreements with the state, including a sweetheart tax agreement and begin enforcing their tax obligations like they do on any other business. (In short, under their “Voluntary Collection Agreement,” they simply send in a check for how much they owe in taxes – there’s no auditing. Don’t we all wish we had that deal…) And, theoretically, they could just ban that platform from conducting business in the state outright – prohibit the collection and processing of payments. I feel confident that Spring Breakers would still find their way to Florida. Somehow they made it to Key West prior to Airbnb…

But should they… Of course, they should.

By rolling out their anti-Semitic policy, Airbnb made a conscious decision to climb into the political octagon, make a political statement and try to score political points by attacking Israel. If it wasn’t clear before, it should be now, that Airbnb is not just a company trying to do business.