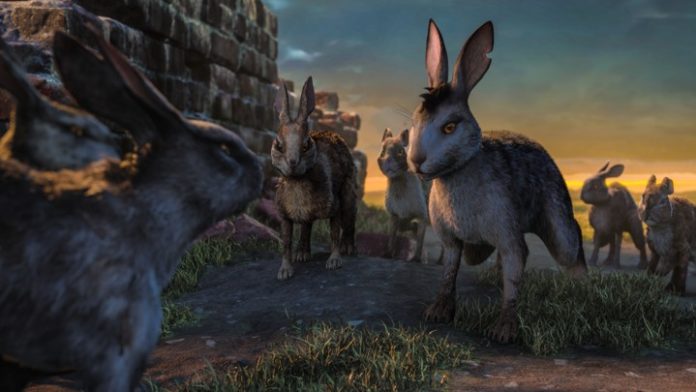 The story itself, based on a classic novel by Richard Adams, is unique for a children’s narrative, containing its own rabbit language, Lapine, and its own mythos.

During the early Cold War era, a British civil servant would go home at night and tell his children a bedtime story, a tale about the heroic Hazel-rah, a rabbit who fought to save and defend his warren.

Watership Down is a beautifully-woven tale of heroism and bravery, all set in an undertone of fighting for freedom, whether it be from predators, tyrants, or death itself. The story itself, based on a classic novel by Richard Adams, is unique for a children’s narrative, containing its own rabbit language, Lapine, and its own mythos.

This meta-folklore sets the stage for the underline, yet (according to the author) unintentional theme—liberty, and the struggle to keep it. The rabbits of Watership Down fight a continuous struggle for freedom, whether it be from predators, oppressive regimes, or death itself.

The story begins after Fiver, a rabbit psychic, has an apocalyptic vision, convincing nine rabbits to flee the warren. Along the way, these rabbit refugees were joined by old and new friends, including a captain in the Owlsa, the warren military, who barely escaped Fiver’s prophecy.

Lead by Hazel, later Hazel-rah, the nomadic warren quickly turns from refugees to freedom fighters, as throughout their journey they witness severe oppression, from rabbits being fattened for food, rabbits being trapped in cages, and even rabbits in militant police states.

But despite having some political undertones, Adams never meant the tale to be a political story, but one made for children. Watership Down may be surprisingly violent for a children’s tale, but it has few deaths and is interwoven with a message worthy of Aesop.

Hazel-rah exemplifies the ethics of a leader. He is decisive, sometimes recklessly, and balances diplomatic compassion with firm military strategy. He questions his own judgment, humbled at his own faults. It was this selfless leadership that convinced so many rabbits to risk everything to follow his cause.

With a Presidential Election coming up in 2020, it’s good for us to remember what good leadership looks like.