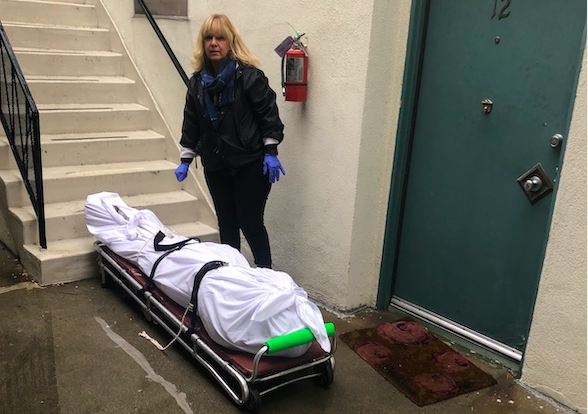 To date, Schiff has not distanced himself from his mega-donor who has a penchant for “special relationships” with young black men that often involve the use of meth and other drugs.

A prominent West Hollywood resident and Democrat party mega-donor is again at the center of a death investigation involving a young black man. In 2017, 63 year-old Ed Buck faced community outrage after a 26-year old black man was found dead in Buck’s swanky apartment. Gemmel Moore, the 26 year old who died of an accidental meth overdose, wrote in his diary that Ed Buck was to thank for his out of control addiction.

Buck is has donated big bucks to top California Democrats like Jerry Brown and Congressman Adam Schiff. Mr. Buck has been spotted frequently at Schiff campaign events ever since he first ran for office in 2013. To date, Schiff has not distanced himself from his mega-donor who has a penchant for “special relationships” with young black men that often involve the use of meth and other drugs. Congressman Schiff has also refused to answer under-oath whether or not his office has processed any settlements with taxpayer dollars in relation to accusations of sexual harassment within his office.

Schiff is at the center of the Russia investigation and is set to become Chairman of the House Intelligence Committee, after Democrats gained control of the House in the 2018 mid-term elections.

The latest death is also a suspected overdose and community activists, lead by Gemmel Moore’s family will be held outside Buck’s apartment on Laurel Avenue in West Hollywood, according to local publication Wehoville.