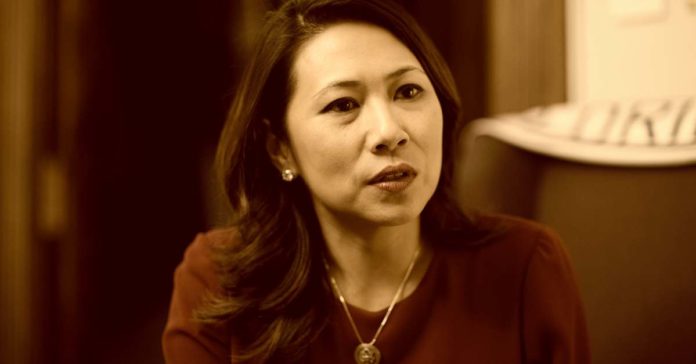 Recently, the Orlando Sentinel published an article detailing how impeachment was on the table for Democrat members of Congress in Central Florida, including Stephanie Murphy.

This mythos surrounding Murphy has been carefully crafted and maintained by her lackeys in the mainstream media. Their bumbling sycophancy is both bizarre and pathetic. Immigrant, female, mother. She cannot be questioned.

So is she really the bi-partisan wonder-woman that they claim she is… or… is she a deep state barbie who feigns bi-partisanship as she secretly takes orders from Nancy Pelosi? After proclaiming that she had “issues” with making Nancy Pelosi speaker again, Murphy claims that Pelosi made concessions and earned her vote.

It’s a game we see on both sides of the aisle. If you are in a purple district like Murphy, whether you are Republican or Democrat, leadership lets you “challenge” them and secure a “win” by claiming they heard your concerns and will address them “in the near future.” Then the next congress convenes and the partisanship continues, those concerns thrown into the dustbin of past broken promises made by “pragmatic leaders” like Murphy.

In recent interviews, it is hard to tell which Stephanie Murphy we will get in 2019. One day she is beaming about bringing people together and the next day she spouts hyper-partisan talking points about immigration policy. Often times, braindead mainstream media reporters puff up Murphy as a moderate problem solver, then print her #Resist dribble that directly contradicts that alleged bi-partisan zeal.

For example, the latest love letter scribbled down by Steve Lemongello at the Orlando Sentinel. She is billed as a leader of the moderate Blue Dogs… a pragmatist.

“Murphy, the head of the moderate Blue Dog Caucus and the Future Forum of young House members, said she wanted Congress to be more responsive to the issues of Millennials, who have in the past been less engaged politically than their elders.”

WOW. SO. ENLIGHTENED. SO BRAVE. Then Murphy breaks out her favorite leftist coolspeak to satiate the many who have caught the rapidly spreading mental illness known as Trump Derangement Syndrome, or TDS.

“One is the status of “Dreamers,” or mostly younger people brought into the country illegally as children, Murphy said Republicans “shouldn’t hold Dreamers hostage just to be able to score cheap political points. … I think it’s time we moved past these ad hoc immigration actions.”

Wash. Rinse. Repeat. She gets to be both progressive and moderate, putting on whatever face suits her self-interest at that very moment. If you call her a Pelosi puppet, which she is, Murphy can point to how she challenged Leader Pelosi and was so tough that she got “concessions.” When progressives attack her for being moderate, she whips out her #Resist talking points on gun control and immigration.

This is the most dangerous type of politician. One who can never be questioned or held accountable. Why? Because she is God’s gift to the world. She knows best. She is an immigrant, a mother, a strong woman. THE FUTURE IS FEMALE.

I ask again. Which Stephanie Murphy will we see in 2019? The answer? The face she finds most expedient. Citizens of Central Florida who are worth their salt should demand answers from Murphy at every event she holds, at home and abroad. Only then can we force an answer out of this double-speaking deep state barbie.

However, you should be made fully aware, that she will falsify bogus “security” threats to limit access to events and waste police time as her personal goon squad. I have been persistent in my pursuit of trying to get truth from Murphy since 2016 and will turn up the heat in this New Year. It will be a slow burn, but the flame of liberty and constitutional protections granted to me as a journalist will protect my right to question even Stephanie Murphy.

Every event Congresswoman. If you fake security threats one more time and continue your lies about me to local law enforcement or Capitol Hill police? I will only be more persistent and others will join.

We are the many. And we will start at the Women’s March on January 19th in at Lake Eola.