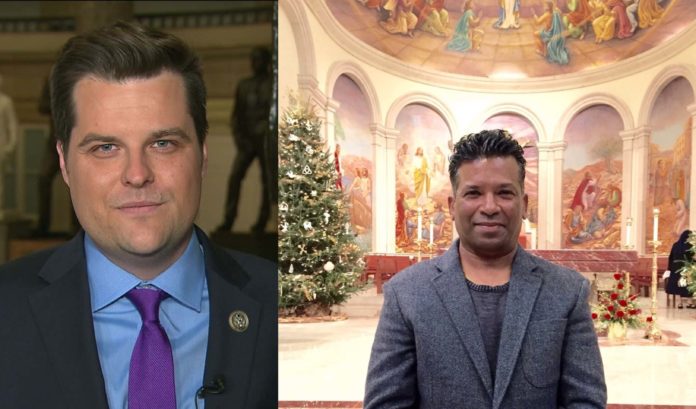 Ramesh Gupta, who posted an inspirational call for new leadership in the Republican Party several days ago, has earned the backing of Congressman Matt Gaetz.

Days after launching an insurgent bid for Seminole County GOP Chair, businessman Ramesh Gupta has now received the backing of major Trump ally and North Florida Congressman Matt Gaetz. Gupta immigrated to the United States legally, coming with just $18 in his pocket and only a basic understanding of English. He honed his English skills by listening to conservative talk radio, in between working three jobs to stay afloat.

Mr. Gaetz is an ever-present fixture cable news networks, where he defends our President against the deep state and bogus Russia investigation. Recognized as one of Trump’s most vocal and effective allies, Gaetz was also crucial in monitoring the Florida recount efforts and stomping out corruption in Broward County.

“Ramesh would make a great party Chairman and a lot of us are rooting for him. He represents a great image of what the American Dream can be under conservative leadership and Donald Trump.”

Mr. Gupta is facing incumbent Kathryn Townsend, who presided over some of the worst election results ever seen in Seminole County for Republicans when all the votes were tallied last month. She has refused to step down, has blamed everyone but herself and is currently begging the party faithful to allow her one more term.

Elections will be held this week.