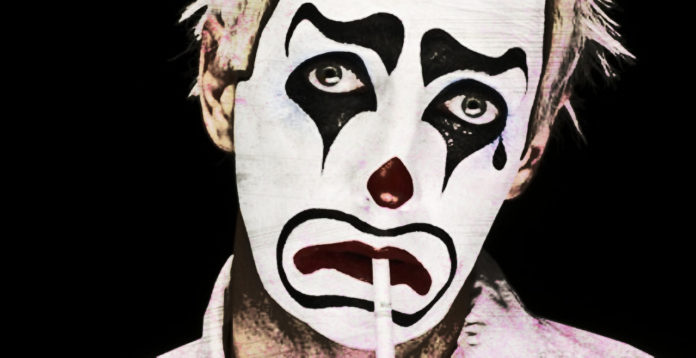 Several years ago when Billy Manes left the Orlando Weekly to become editor-in-chief of the LGBT publication Watermark, the downward spiral began at Orlando Weekly.

When Manes was in the drivers seat of their political and cultural coverage the content was vibrant and bold. He crafted stories that you would find yourself reading over and over again. Full of inspiration and raw emotion. When you found yourself on the opposite side of Manes’ political salvos, he would be unrelenting. However, he would always provide his opponents their fair shake and at least do them the honor of dispatching them with style.

This energy spread around the Orlando Weekly ranks during his tenure, uplifting the style and quality of content being delivered to their Central Florida readership from each scribe. The same cannot be said of the current talent at the Orlando Weekly.

Like with Manes, much of that can be credited or blamed on their most prevalent forward facing writer Colin Wolf. Mr. Wolf has gone from delivering obscure coverage of the Florida Film Festival in recent years to the Weekly’s Digital Content Editor. Earlier on, when he was at least attempting to honor Manes’ memory with compelling content, Roger Stone referred to him as a “pinko scribe.”

In his current form, Wolf and Orlando Weekly by proxy, have abandoned style for tired progressive talking points and journalistic integrity for high school level cattiness. It’s honestly become a total disgrace to Billy Manes’ memory and an affront to good taste for those expecting to be enthralled while reading.

They are so desperate for content currently, that he have found themselves writing slam pieces about the fact that I am considering a bid for Chairman of the Orange County Republican Executive Committee. Full of lies and openly admitting that they did not reach out to me for comment, it’s not only an example of really bad FAKE NEWS, it is something that has Billy Manes’ looking down on Orlando Weekly in shame.

Sadly it seems that when Billy left Orlando Weekly, he took with him the energy and intellectual curiosity that fueled the alternative news operation during his award-winning career that delivered blockbuster after blockbuster.

And that’s really sad. Two years before Manes passed away, I remember getting a call for him about a story he wanted to write somewhere down the road about gay conservatives. Manes, an unapologetic liberal who had spent his time at Orlando Weekly fighting hate mongers like John Stemberger and his Florida Family Policy Council, understood that not all conservatives were the enemy.

More importantly, Manes recognized that gay conservatives or Republicans were not traitors to their sexuality or the gay community. He had true intellectual curiosity about why people like myself adopted more right-wing views, even when members of our party and movement would sometimes espouse anti-gay leanings. Sadly, we never got to expand on the conversation or see that article from Manes, but it shows you how far the staff at Orlando Weekly have fallen in their pursuit of interesting and provocative content.

Colin Wolf’s continued attacks on my character and potential political aspirations are occurring for one reason and one reason only; he is bigoted towards gay people who hold conservative viewpoints. He alleges my membership in a group that I’ve told him I am investigating as proof positive of my inhumanity and evilness. The group happens to be right-wing.

But what if I were a gay progressive who was a member of Antifa of the Democratic Socialists of America? Wolf and Orlando Weekly would be on their knees servicing my potential candidacy for Chairman of the Democratic Party of Orange County with unrepentant eagerness and vigor.

Homophobia comes in many forms, and Manes fought against each and every one of them during his time at Orlando Weekly. In 2018, years after his passing and exit from OW, Digital Content editor Colin Wolf seems to be adopting a political homophobia against gay conservatives.

Manes would surely be against this type of coverage for obvious reasons. Wolf’s refusal to reach out for comment and acknowledging as much is something that not even Newsweek or Infowars do in their reporting.

The biggest gripe from Manes if he descended down upon the Orlando Weekly office for a spot-check? The crime against style and intellectual curiosity.

That it is all.