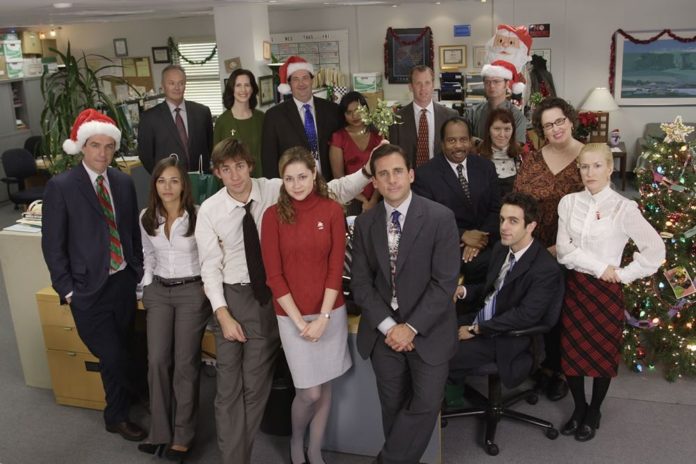 The show lasted for nine seasons with several story arcs generally revolving around the love of what many consider to be the greatest couple in sitcom history. Could we be getting it back?

Of all the major primetime networks, NBC tends to be the black sheep compared to the big names.  Many of their programs rarely make it past the second season, with people flocking to ABC, CBS, or completely cord-cutting.

But back in its heyday, NBC played even with their competitors, largely in part to their Thursday Night comedy lineups.  From hits like Parks & Recreation and 30 Rock, to flops like Outsourced, NBC dominated the 2000s sitcom game.  But the anchor to their dominance was always The Office.

The Office was originally a British sitcom from Ricky Gervais, with the raunchy comedian playing David Brent, the British Michael Scott, and Stephen Merchant playing Tim Canterbury, the British Jim Halpert.  But The Office, like many American versions of British TV shows, overshadowed its predecessor in the American market.

The show lasted for nine seasons with several story arcs generally revolving around the love of what many consider to be the greatest couple in sitcom history.  Teenagers who lived on The Office use the Jim-Pam relationship as the exemplar of love, and it’s easy to see why.

With The Office being such a classic, it is easy to see why so many people desire a reboot. And it seems plausible, with NBC having rebooted Will & Grace to great success.

The rumors seemed more likely during last week’s SNL episode, where Steve Carell, Ed Helms, Jenna Fischer, and Ellie Kemper, all parodied these calls before announcing they will “have a great show tonight.”

Even though it was a joke, this has fueled speculation that NBC is preparing for to add to their reboots by reopening Dunder Mifflin.

Sadly, this does not seem the case.

In fact, Carell’s actions were a direct satire of comedy reboots, making fun of his old boss on their stomping ground.  The actors argued strongly for the reboot on the basis of money, despite each of their individual successes post-Office, including Kemper’s current starring role in Unbreakable Kimmy Schmidt.

Carell was purposefully going after the trend of rebooting old ideas instead of producing new products, which he has been doing, starring in award-worthy dramas as well as producing new sitcoms like Angie Tribeca with his wife.

We sadly may not be getting an Office reboot soon.  But with Kenan Thompson saying it would be an honor to reboot Kenan & Kel, we may get a classic back yet.