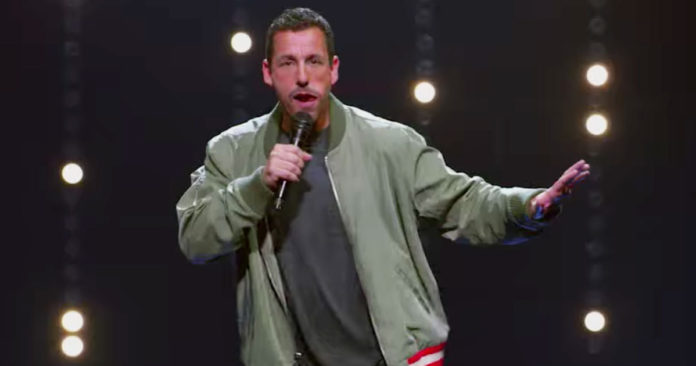 The SNL alumnus has returned to his roots with a new stand up special, combining his classic musical silliness with raunchy blue humor.

Most people on Netflix have probably tired of the less-than-stellar “films” of Happy Madison Productions, and may have longed for the old days when Sandler was just a silly Jew with a guitar.

Well, Sandler fans, rejoice! The SNL alumnus has returned to his roots with a new stand up special, combining his classic musical silliness with raunchy blue humor.

100% Fresh is just that, 100% fresh. The special is shot in multiple locations ranging from small sets to large sold out stadium to even a secret Brooklyn subway performance.

Sandler brings forth new musical hits to rival his classics, making show tunes from everything to smelly Uber drivers to alcoholic lawyers, with some subtle Jew-jingles for the new Bar Mitzvah.

Some of Sandler’s transition are quite odd, and he utilize small but effective vulgar gags to shock the audiences. But this is what you would expect from a ‘90s Sandler.

Though Adam Sandler plays his immature childish self well, this special is not for kids. This is Adam Sandler back where he belongs….making jokes about vagina farts and 69-ing Rob Schneider.