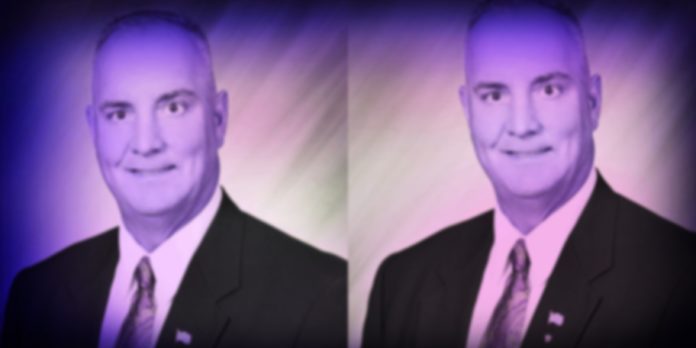 St. Cloud Councilman Donny Shroyer votes against making developers pay for their impact to taxpayers, but votes for raising taxes on residents.

During Donny Shroyer’s 8 long years on the Council, residential growth in St. Cloud has exploded. Schroyer’s support for developers has resulted in increased traffic congestion, higher taxes and the loss of St. Cloud’s small town character. Shroyer has voted to allow thousand of new homes… and local citizens are paying the price.

One of the tools local governments use to limit growth and prevent tax increases are impact fees on developers. Cities calculate how much a new house will cost taxpayers to provide services like parks, firefighters and police. The city then charges the developer per house at the time of construction to pay for those services. If you don’t have impact fees on developers then the burden of paying for the services fall on the current citizens. Low impact fees also make your area more attractive to developers building cheap houses on smaller lots.

In September of 2017 the St. Cloud Council voted to add impact fees for parks, fire protection and law enforcement. Donny Shryoer sided with developers and voted against making developers pay for the growth they cause (see minutes).  He spoke out strongly on behalf of the developers. Fortunately, the rest of the Council out voted him and developers were made to pay.

In October of 2017 Council members Dave Askew and Linette Matheny launched an effort to have a moratorium on new residential development in St. Cloud to allow services catch up to the demand created by too much new housing. Shroyer fought hard against the moratorium and was able to convince two other Council Members to vote with him and the moratorium was defeated (see minutes).

Shroyer has spearheaded countless annexations at the bidding of developers. Just last month Shroyer made the motion that annex the “Hannover” development into St. Cloud (see minutes). This development was strongly opposed by local residents. It was held up by the County Commission and eventually sparked a lawsuit between the developer and Osceola County because of the negative impact the development will have on Alligator Lake. Luckily for the developer Donny Shroyer was happy to bring them into St. Cloud and away from the more restrictive Osceola County.

To pay for the additional services caused by of all the new development and annexation he keeps approving, Shroyer voted in a property tax increase (see minutes). Instead of less development or making the developers pay, Shroyer wants the current residents to foot the bill so developers can keep raking in the big bucks. It’s no surprise that the biggest contributors to Shoyer’s campaign are developers, engineers and real estate lawyers.

Shroyer even tried his hand at real estate development and used his political connections to turn a quick profit at taxpayer expense.

Councilman Donny Shroyer needs to realize he serves people, not the developers funding his campaign.