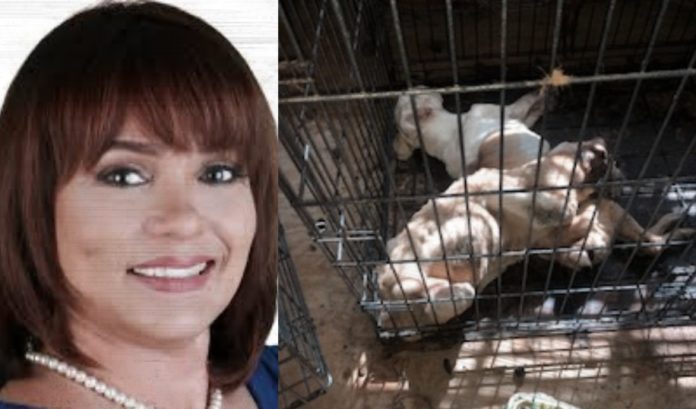 The son of Orange County Commission candidate Maribel Gomez Cordero partnered with his girlfriend to steal over $100,000 in jewelry and left two dogs to starve to death.

There are few acts a human can commit in this realm that are as depraved and disgusting as murdering man’s best friend. You have to be a sub-human piece of shit.

And that’s exactly what Orange County Commission candidate Maribel Gomez-Cordero’s son Erik and girlfriend Patricia Leahy Ward did to two dogs under their care according to police reports confirmed by WESH 2. Friends and neighbors have been complaining to animal services about the malnourished dogs for quite some time.

The criminal duo stole over $100,000 in vintage gold coins and jewelry from Ward’s parents, who reported the items as stolen last month. The items were pawned across Central Florida by Erik Gomez Cordero, who admitted this to police after the two were arrested in late September.

Our sources have confirmed that Maribel Gomez Cordero, a candidate for Orange County Commission in District 4, has told friends and acquaintances that her son purchased a luxurious BMW automobile for her… despite the son describing himself as “unemployed.”

This begs to question… where did Mrs. Gomez Cordero think her son obtained the funds to gift her a luxurious automobile out of the blue? We previously reported on Gomez Cordero’s questionable finances in her 2014 race for the Orange County Commission.

Furthermore, why did she stand by and do nothing as her son lived in absolute filth while neglecting a host of pets?

After the Gomez Cordero / Leahy Ward crime spree that made them flush with cash, they locked two pit-bulls in a crate with no food or water before bolting to the Ritz Carlton for a two week residency. The A/C was barely functioning, mold taking over the home, and several points of the ceiling were collapsing according to the police report describing the horror house.

A rabbit was also found barely alive, without food or water. After racking up a $14,000 bill at the Ritz Carlton, they were arrested for defrauding an innkeeper. Because of the previous crimes allegedly committed by the twisted twosome, Gomez Cordero was not granted the ability to post bail… but Patricia Leahy Ward did qualify for release.

Who paid the bond? According to our sources, it was none other than the parents of Erik Gomez Cordero. If you count yourself as someone who would set free a person who left dogs to starve to death in a mold ridden, hotbox from hell of a home, you are complicit in their crimes.

Maribel Gomez Cordero has forgotten one thing. There are more dog owners in America than there are Republicans or Democrats. She needs to come clean, retract the bail for her son’s criminal girlfriend, and explain how her son obtained the funds to purchase her a BMW.

This is not the kind of person we need on the Orange County Commission.