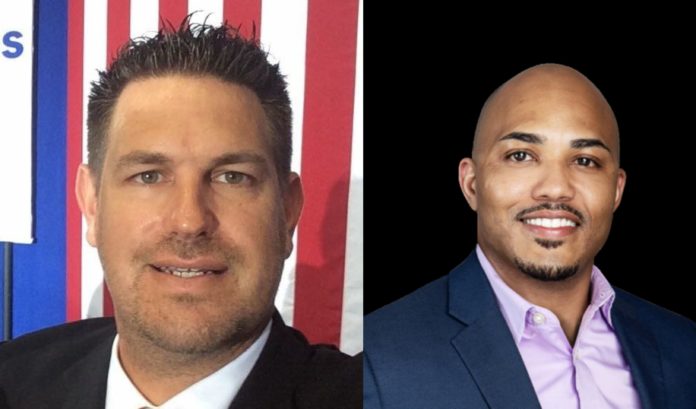 Orange County Democratic Chairman Wes Hodge allegedly offered Democratic Sheriff candidate Darryl Sheppard over $10,000 to get out of the race.

After coming under fire for prior personal struggles, entrepreneur Darryl Sheppard has told the Central Florida Post that the leader of the Orange County Democratic Party attempted to bribe him recently.

According to Sheppard, who is the only Democratic candidate in the three way race for Orange County Sheriff, Hodge promised over $10,000.00 if he terminated his campaign. This was first reported by the Orlando Political Observer.

The cash offering was meant to pay Sheppard back for the qualifying fee he provided to the Orange County Supervisor of Elections several months ago. That would qualify as a bribe under Florida statutes as Sheppard fits the definition of a public servant under Chapter 838.

Hodge could face charges for attempting to bribe Sheppard, which is a felony in the state of Florida.

Just today, Local 6 reported that Hodge is using his position as Orange County Democratic Chairman to keep Sheppard, the parties Democratic nominee for Sheriff, off party slates cards and stripped of vital campaign resources for the November election.

“Wes Hodge stands to gain enormous power if I were to step down. It’s obvious that Wes is in this for himself. If he will offer me money to step down, I wouldn’t put it past him to try and sell this seat to another person. Mr. Hodge needs to resign immediately. He simply can’t be trusted,” Sheppard told the Central Florida Post.

The fact that Hodge, a White Democratic Party leader is actively working against the parties Black nominee for Sheriff is hardly the look Orange County Democrats want to showcase to voters.

Why does Hodge think that his singular opposition to Sheppard should allow him to deny Orange County Democrats the right to know about their nominee for Sheriff?

Hodge’s obsession with removing Sheppard from the ballot and offer of a bribe should be looked into by State Attorney Aramis Ayala. According to our sources, Mr. Sheppard will reach out and file an official report with the Florida Department of Law Enforcement.

This isn’t the first time Hodge has resorted to harassment to force a Democratic candidate to withdraw from the ballot.

In the special election to replace Eric Eisnaugle, Democratic candidate Paul Chandler accused Hodge of similar tactics, yet Hodge did not offer up any type of bribe to Chandler according to news reports.

Sheppard has also promised to pay for and undergo a polygraph test for both himself and Hodge.

“We are currently evaluating all of our options,” concluded Sheppard.

Hodge refused to comment on the allegations made by Sheppard when reached via text message late Monday evening.