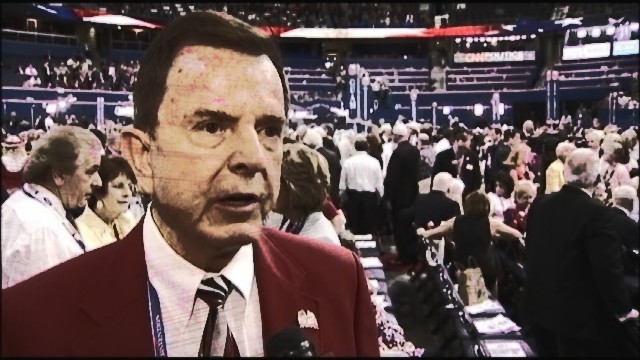 Ray Valdes’ 2017 is turning out as bad or worse than his 2016. The 28-year incumbent was exposed by our publication in 2016, for decades long corruption that netted him and his aliases millions.

Having private knowledge into the details of the most prime auctions that his office oversaw, Valdes would use the names of elderly family members/fake names to register accounts with Seminole County.

We exposed this scheme, while the mainstream media supported his elite deviancy.

As a result of our reporting, Valdes physically assaulted me when I confronted him on camera, weeks before last August’s elections.

On the lam, Valdes would eventually be routed by millennial entrepreneur Joel Greenberg, who became one of the youngest constitutional officers in the Southeast after defeating Valdes.

WFTV confirmed our earlier reporting and provided a fresh look at the depth of Valdes’ corruption earlier this week.

Greenberg provided the news outlet with “mountains of evidence” documenting Mr. Valdes’ fraud on the taxpayers, and has been pushing for new rules outlawing similar practices in other counties across the state.

Now, a bi-partisan reform effort is now underway to reform the rules for employees of Tax Collector offices across Florida.

Valdes is so guilty, that he sent his pajama wearing wife to the door when WFTV tried to interview him on camera for the expose. Coward. Criminal. Craven.

“The time has come for the State of Florida to adopt an ethics law prohibiting all tax collectors, their employees and their immediate family from bidding at the tax certificate and tax deed sale. Currently there is no law that makes this obvious conflict of interest a crime.”

Randoplh referenced the WFTV reporting and the fact that his office has implemented strict rules to make sure employees cannot unfairly profit from any tax deeds or certificates his office oversees.

Seminole County Tax Collector Joel Greenberg said he will support and push for an adjustment to state law as Scott Randolph has proposed.

“Having seen first hand how bad this can get, I will enthusiastically participate in all efforts to make sure this corrupt practice comes to an end. This is a great move by my colleague in Orange County.”

It seems that Ray Valdes’ corruption has yielded something positive after all.

The only person supporting Valdes at this current moment is Seminole GOP Chairwoman Kathryn Townsend, who has ignored calls to remove him from his position as Constitution/By-Laws Chairman of the Seminole GOP.