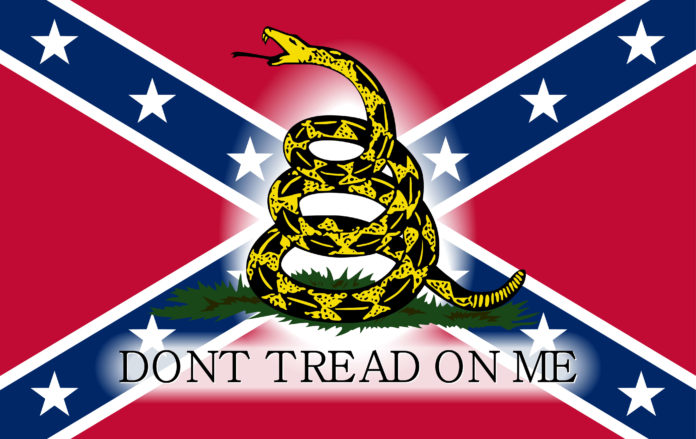 “This indicates that if an election where held, the ‘take em downers’ would loose in a landslide” McCallister added.

A public opinion research survey, conducted by a nationally recognized polling research firm, Gravis Marketing, has confirmed that the overwhelming majority of Hillsborough County voters favor keeping the Confederate Veterans War memorial exactly where it is.

The survey, chosen by random selection of ‘likely voters’ with a record of actually voting in all elections, shows great support for the four commissioners that voted to keep the monument and to support a new memorial protection ordinance for all veterans memorials in Hillsborough County.

“Given the randomness of the survey using generally accepted methodology of a universe of known voters, Hillsborough county voters would take a very dim eye toward voting or re-electing any commissioner who supports removing the memorial from it’s current location,” stated David McCallister, spokesman for Save Southern Heritage – FL. “This indicates that if an election where held, the ‘take em downers’ would loose in a landslide” McCallister added.

Save Their Honor along with Save Southern Heritage – Florida, along with other veterans and veterans support organizations is spearheading efforts to generate grassroots support for the proposed veterans war memorial protection ordinance as well as defending their majority on the Commission who voted to keep the memorial intact at the same location.

“At least one commissioner is indicating that he may possibly change his vote on the location of the war memorial, if he does that could be political suicide given the enthusiasm and support to keep it where it is” said Andy Strickland, of Veterans’ Monuments of America.

McCallister and a host of other organizations held a rally and news conference this week in front of the WWII Memorial along with two dozen supporters from other coalition organizations. In addition to formally releasing the survey results, several speakers opined on organizations, like Black Lives Matter, that are intent on removing war memorials and insulting our veterans across the nation.

Al McCray, a disabled veteran and Public Affairs officer for the Sons of Confederate Veterans, said about moving the Confederate monument “it sets a dangerous precedent”.

“Imagine in 150 years moving all the civil rights memorials” he added.

The Commission will vote to advance the veterans war memorial protection ordinance at it’s next meeting on July 19, 2017. Additionally Commissioner Les Miller has placed the movement of the memorial back on the agenda for another vote.

The veterans coalition is encouraging all veterans and voters to contact their commissioners and express their views on keeping the memorial where it is and passing Commission Chairman Stacy White’s motion to advance the protection ordinance.