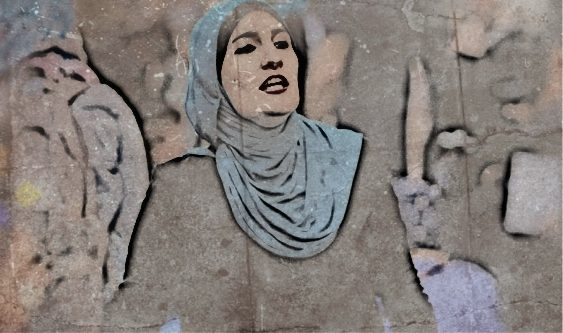 Linda Cockroach and her Islamist friends at ISNA and CAIR are trying to erode our freedoms and liberties from within.

It’s no surprise that “Sarsour” when translated from Arabic, literally means “cockroach.” How ironic right?

In a speech to the Islamic Society of North America in Chicago, Illinois last week, Linda Sarsour made a fervent plea for all Muslims to wage Jihad on the Trump Administration.

The Islamic Society of North America was one of many charities in the Islamic community that was listed in a plan, formally known as “The Project” written by the Muslim Brotherhood in May 1991 to destroy Western civilization, and make Islam the universal religion.

In her speech, Sarsour urges all Muslims to wage jihad by speaking the following:

“I hope that we, when we stand up to those who oppress our communities, that Allah accepts from us that as a form of Jihad, that we are struggling against tyrants and rulers, not only abroad in the Middle East or on the other side of the world, but here, in these United States of America, where you have fascists, white supremacists, and Islamophobes reigning in the White House.”

Sarsour was giving a speech to ISNA! Linda Sarsour is not an activist, she is an Islamist, an anti-Zionist, and an Israel-hating bigot. Let’s not mince words. She is a fake feminist.

You have to wonder though, why is Sarsour doing this? Saying these things? Where is all the hate coming from? Is she doing this for the attention? Quite possibly. In reality, there is a much more sinister reason for this rhetoric, which she herself stated in her speech to ISNA.

She hopes that Allah will accept their form of jihad against the Trump Administration. Sarsour wants jihad in America! This is what Sarsour has been fighting for all along.

This is also what the radical Muslims have fought for and wanted for over thirteen centuries, they have wanted to establish a worldwide Caliphate, to make Islam the universal religion, and to institute and enforce Sharia.

Let’s keep in mind, this is the same Linda Sarsour that wrote in a tweet: “Brigitte Gabriel = Ayaan Hirsi Ali. She’s asking for an a$$ whippin’. I wish I could take their vaginas away – they don’t deserve to be women.”

The tweet was written in 2011, but has since been deleted. Of course, the apologists for Islam have come out in full-force, they claim that Sarsour’s words were taken out of context, and that people were misunderstanding the term ‘jihad.’ This is just utter nonsense and complete garbage.

Since Islamists so vehemently support Sarsour, and are evidently trying to redefine what the term ‘jihad’ means, let’s look at quotes from the Qur’an:

“Fight and kill the disbelievers wherever you find them, take them captive harass them, lie in wait and ambush them using every stratagem of war.” (Surah 9:5, Al Tawbah)

“So fight them until there is no more Fitnah (disbelief for non-Muslims) and all submit to the religion of Allah alone (in the whole world.)” (Surah 8:39, Al Anfal)

“O Prophet! Rouse the believers To the fight. If there are Twenty amongst you, patient And preserving, they will Vanquish two hundred: if a hundred, they will vanquish a thousand of the Unbelievers: for these Are a people without understanding.” (Surah 8:65, Al Anfal)

There are many, many, many passages in the Qur’an calling for the killing of Infidels or (Kuffars). Most notably in Surah 8:12 of the Qur’an which states very clearly:

The message in every translation is the same: kill and smite the Unbeliever, kill the Infidel, for Allah has commanded it. Since Linda Sarsour is such an “advocate” and “champion” for women’s rights and an “Islamic feminist”, let’s look at what the Qur’an and the Al-Tabari writings have to say about women.

Qur’an 33:59: “Prophet! Tell your wives and daughters and all Muslim women to draw cloaks and veils all over their bodies (screening themselves completely except for one or two eyes to see the way). That will be better.”

“Allah permits you to shut them in separate rooms and to beat them, but not severely. If they abstain, they have the right to food and clothing. Treat women well for they are like domestic animals and they possess nothing themselves. Allah has made the enjoyment of their bodies lawful in his Qur’an.”

In conclusion, Linda Sarsour is exactly what her name means: a cockroach. She is an Islamic cockroach, calling for jihad in America. Sarsour has been allowed to nibble on our freedoms and liberties in this country for way too long. We all know what the word: jihad means.

Linda Cockroach and her Islamist friends at ISNA and CAIR are trying to erode our freedoms and liberties from within.

They weaponize free speech to call for jihad against our president, and they harness the stupidity of political correctness to get what they want. They must be stopped. They must not be allowed to Islamize America. I strongly urge my fellow Americans to get educated on the subject of Islam, it could very well save your life one day.

Because there is no fear greater, on this Earth than someone shouting: ‘Allahu Akbar!’ with a 2-foot machete in their hand, wanting to decapitate you because you are an infidel.

Taylor Foland is a Volunteer Coordinator for ACT For America, the nation’s largest grassroots national security group. ACT has over 750,000 members and 1,000 allied volunteers groups across America.