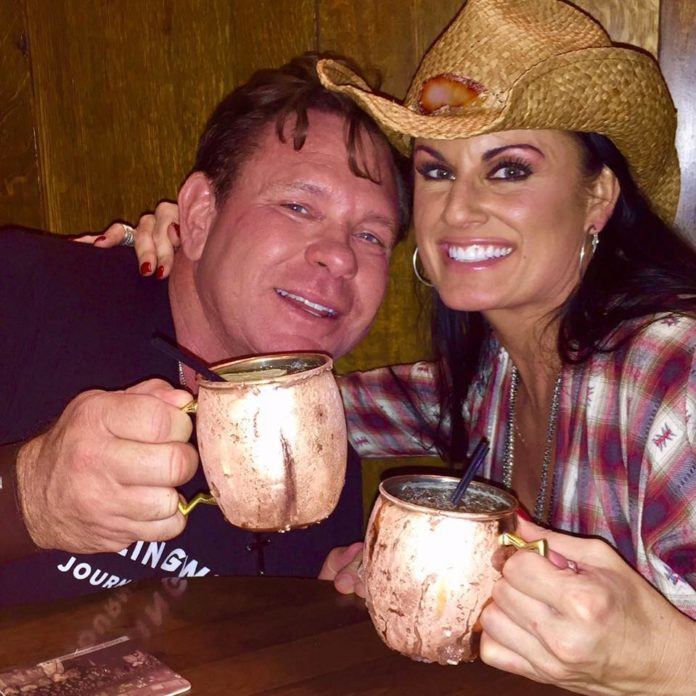 The popular shock jock and host of 104.1 FM’s “Monsters in the Morning” show is accused again of domestic abuse.

Several years ago I fell head over heals for Russ Rollins. Months later, we were living together. It was quick and sudden… we were in love.

Unfortunately, my love for him was put to the test in the most unexpected way. I soon found out that he very easily lost his temper, and would eventually launch into Johnny Depp style physical and emotional attacks.

This sadly became the constant in our relationship. The situation I put myself in effected not only me, but also my child.

Like so many other men and women stuck in abusive relationships, I had no idea how to respond, or what to do. Abusers are very skilled at making you think that you deserve their wrath… and Russ had been through this before.

Multiple women who were with him before me have fallen victim to his raw anger and Russ’s female supervisor at iHeartRadio has known about the abuse.

Instead of trying to help, she has turned a blind eye to my concerns and those of the other women who had been victimized by him. Russ Rollins was ratings gold, and the revenue was more important than my bruised cheeks, busted lips, and emotional shell-shock.

Like so many women before me, I found myself lost in a cycle of the highest highs and lowest lows. For two years, I endured conditions that I would not wish upon my worst enemy.

Sharing this very private detail of my life is not/was not an easy thing to do, but I felt it was necessary. During the lowest points, it was hard to stand up for myself or to even know how to get help.

Let me close by saying that I am not perfect by any measure. Like you, I make mistakes. However, our imperfections should not be cause for someone to justify hurting us, emotionally or physically.

What Russ Rollins did to me was wrong. He should not physically or emotionally abuse the men or women he is with, and I should have stood up to him a long time ago.

If one good thing can come of this horrible ordeal, I hope that anyone who finds themselves in an abusive relationship can learn from what happened to me.

No matter how little or meaningless they make you feel, you must remember that their logic is flawed and meant to make you feel less than zero.

Get help by telling a friend, family member, or by calling the Florida Domestic Abuse Hotline at 1-800-500-1119.  Help is out there, but it is up to you to stop the cycle of abuse.

Thank you to the dozens of people who have sent well wishes my way since I made the decision to leave Russ Rollins earlier this month, after yet another physical attack.

You have lifted me up at the time I’ve needed it the most.

We have to make it clear to those in charge that ad money is not more important than someone’s safety.

In the coming months I will deconstruct his abuse tactics and I hope to provide a “how-to” guide on getting help.

Text by text, threat by threat, attack by attack… I will bare all.

It will expose my lowest points as a victim of domestic abuse. Until then, I will be busy rebuilding my life.

Thank you for listening to my story.

Wendie Adubato spent nearly three years with 104.1 FM’s Russ Rollins, who physically and emotionally abused her. She is now working to raise awareness for domestic and spousal abuse non-profits.