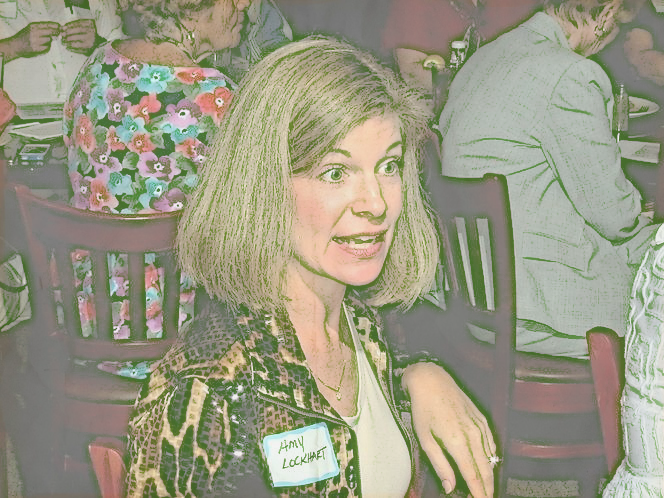 In a bizarre exchange during a recent Seminole County School Board meeting, Chairwoman Amy Lockhart appeared to be asking for a tax increase.

Earlier this week, the Orlando Sentinel’s Martin Comas wrote a piece on actions being contemplated by the school board up in Seminole County.

Fresh off their victory on the ‘One Cent Sales Tax for Schools and Roads’, Seminole County School Board chairwoman Amy Lockhart believes they should balance their books on the backs of poor and elderly apartment dwellers.

She thinks the 55-and-older communities should be paying equal amounts of impact fees as apartment complexes that target young families that have children that will actually occupy those schools.

Yes, you read that right, the Republican School Board leader thinks that elderly residents of apartment complexes, that often times prohibit school age children from living there, should be paying more in school impact fees.

You can’t make this stuff up. So… we have a question for Ms. Lockhart. Who do you think pays these increased impact fees?

By adding impact fees to places that won’t have kids because the residents are too old and often times forbidden from having children living on site, they are INCREASING COSTS for elderly residents who will likely, by and large, never get any benefit for the money they pay.

That’s just wrong, and it is nothing short of crazy that she thinks this is a good idea.

Ms. Lockhart would have you believe that the only option is to end these exemptions, but there could clearly be other options. If, within some reasonable period of time, the development converts, they could always implement clawback provisions.

But no, “taxation without enrollment” is Ms. Lockhart’s battle cry and you Baby Boomers and Greatest Generation types better get your checkbooks out because you’re going to pay… BIG LEAGUE.

Tax & Spend Lockhart is not content to only pick on the elderly, she always wants to punish the poor. Consider her quote from the Comas Article:

“They came in with a one-bedroom [apartment] unit with a den, and the developer got the benefit of a one-bedroom unit but the den can also be a bedroom” for a child, School Board Chairwoman Amy Lockhart said.

“We want to be fair to the developers and give them that benefit. But we also don’t want to be shortchanged. It needs to be equitable all the way around.”

It seems the school board chairwoman, flush with cash from the successful passage of the “One Cent Sales Tax for Schools and Roads,” now believes that the single mother or working class family attempting to wedge a child in to a den should be taxed more – and make no mistake about this, impact fees are taxes, even if they are called fees.

Really, Amy?  In your distorted, liberal mind, is the only equitable solution TAXING EVERYBODY versus lowering taxes for everyone? COME ON!

How many multi-millionaires are cramming their children in to the den of their one-bedroom apartments? Is this a prevalent problem in Alaqua or Heathrow or Tuskawilla or Magnolia Plantation?

Is there a massive proliferation of these facilities off of Markham Woods Road or Wymore Road? Of course not…

And what if the den is used for an office, not a child? Should the working professional who gets a one-bedroom with an office be punished because his less well-heeled neighbors are forced to raise their children in that space?

None of these scenarios seem to bother or concern Amy Lockhart, whose thirst for tax dollars would make Bernie Sanders beam with pride.

No, “equitable all the way around” means you pay for schools, even if you’re not likely to utilize them because you aren’t in a place that allows children, or you are so poor that you are forced to have your children live in makeshift living conditions.

“Equitable” is not a word you usually here Republican candidates use when they’re talking about increasing fees or taxes. Equitable elicits memories of Karl Marx, the father of communism, who believed in redistribution of wealth so that things were “equitable.”

Crazily, Ms. Lockhart goes TO THE LEFT OF KARL MARX, by suggesting the poor and elderly should pay more… so that she has more money to play with.

The Sentinel continues on:

County officials agreed, saying Seminole’s impact fees have essentially remained the same over the past decade and it’s time for an update.

Let’s all agree that “update” is Lockhart-speak for INCREASE.

I have to give some credit to the Tax Lovin’ School Board Chair, liberal politicians usually conceal their money grabbing schemes when seeking the GOP nomination for higher office.

Lockhart’s willingness to offer full-throated support to a tax increase on the poor and elderly is just flat out bizzaro world for a Republican candidate or elected official.

She wants the money so she can build more schools she may not even need, and despite the substantial resources allocated from the One Cent Sales Tax.

She probably figures the poor and elderly won’t vote in a GOP primary. Amy Lockhart can’t find a tax increase she doesn’t like. Only time will tell if she’s right.

One thing is certainly clear: Ronald Reagan, she is not.