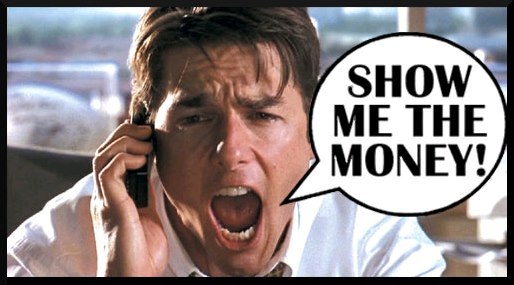 In the special election to replace GOP State Representative Eric Eisnaugle, one candidate has voluntarily offered campaign records, while two others hide their donors and spending habits.

Less than fifteen days after veteran/businessman John Newstreet announced for House District 44, his campaign announced earlier this week that they had raised over $30,000.

Newstreet’s shock and awe haul is one of the most impressive we’ve seen for a state legislative race in Central Florida in a long time.

According to Florida campaign finance laws, Newstreet and others in the race do not have to reveal their finance reports until July 10.

However, overseas and military ballots go out on June 28th and absentee ballots on July 11th, just a day after campaigns are required to postmark their reports.

The fact that Newstreet embraces transparency in elections is rare and gives voters insight into Newstreet’s ethos as a candidate.

But, while Mr. Newstreet has opted to provide the utmost transparency to voters and submit his report early, former Winter Garden Commissioner Bobby Olszewski and businessman Bruno Portigliatti have yet to do so.

Our sources confirm that Olszewski has been telling community leaders and political operatives that he too has raised $30,000 in the month of May. Unfortunately for voters, Mr. Olszewski is all talk and no action.

If he indeed has raised $30,000 during the same period as Newstreet, why doesn’t he just release the report? During his unsuccessful bid for Orange County Commission in 2016, Olszewski never posted those kind of numbers… not once.

He did earn a reputation for hiding his campaign cash and using a personal credit card for campaign expenses, which he was then reimbursed for with campaign funds. You can see these transactions below.

Candidates reimbursing themselves is not unusual, but the fact that he did not provide the names of the vendors he was paying is very suspect. Then, like now, candidate Olszewski was operating under a cloak of secrecy.

As for Mr. Portigliatti, he has no prior campaigns or political involvement for us to analyze, but that does not mean he should be hiding his reports like Mr. Olszewski.

Newstreet did not have to release his reports early, but he did in an effort to provide transparency to voters. What you see is what you get.

He called on other candidates to do the same on Tuesday. It’s now Friday and Olszewski and Portigliatti have yet to publish their financing reports.

What are they waiting for?

Olszewski and Portigliatti should do as Newstreet has done. If they don’t want to release the reports… they either have embarrassingly low fundraising numbers or questionable expenses.

There might not be a devil in the details of their financial reports, I acknowledge that.

In the words of Cuba Gooding’s character in Jerry Maguire… SHOW ME THE MONEY.