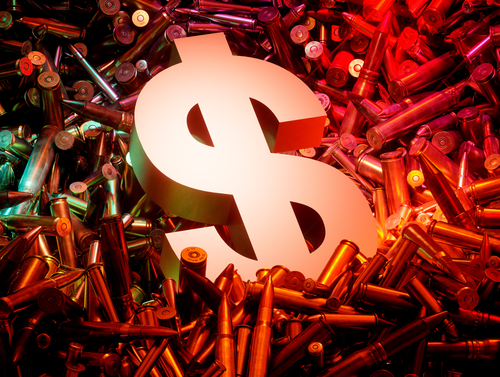 Before we delve into the thick of it, allow me to state my unprecedented stance – I think the Muslim ban is ridiculous, or any hostility towards Muslims for that matter. It’s an un-patriotic quick draw, and it goes against freedom.

The massive majority of Muslims are good people. We should not limit their freedom, nor find a tremor in ours when faced with any individual who has committed no crime. Plainly, don’t tread on them.

If I were enveloped with the fear that is Islamophobia, however, I’d be a little peeved and perplexed by our cushy relationship with Saudi Arabia.

No country in this entire world applies and exemplifies Sharia law more so than good old Saudi Arabia. For whatever reason however, while other countries get bombed to oblivion, Saudi Arabia frequently gets cool deals on weapons from American companies like Lockheed and Boeing.

Evidently a pass from our soldiers’ boots can only be obtained and maintained through lucrative $110 billion dollar deals.

Fifteen out of the nineteen 911 hijackers were from Saudi Arabia, but for whatever reason they’re not a concern in the proposed Muslim ban. The relationship between Saudi Arabia and terrorist groups was blatantly exposed in Wikileaks’ e-mail dumps, and still a blind eye is turned entirely.

“Saudi Arabia remains a critical financial support base for Al-Qaeda, the Taliban, LeT, and other terrorist groups, including Hamas”.

Hillary ought to know; the Obama administration was no different. Obama just a few years ago struck a deal congruent with Trump’s recent Saudi Arabian arms deal, almost exactly to the dollar. The Left and Right both need to stop aimlessly following leaders. It’s imperative that we as a nation weed through lies, as unquestioning allegiance is a quick road to tyranny.

Millions of Americans have taken a rash stance, derived from fear, and have consequently tossed away logic and consistency in regards to Saudi Arabia. Trump has done little to separate himself from Obama; in this respect they’re one in the same.

America cheered when Saddam was executed, and America cheered when Bin Laden was killed. America even blindly cheered at the death of Gaddafi, despite the fact that his people loved him (along with the increase in literacy, maternity leave, and free education). In lieu of the previously mentioned, no nation has publicly executed people as often as Saudi Arabia.

This leads me to believe that our aimed spreading of freedom is nothing more than convenient Colonialism.

Again, I am in no way advocating any advancement in the banning of any peoples, the contrary really. A Muslim ban is cowardice, a scapegoating respite for fears. We don’t need a ban on Muslims; we need to stop selling weapons into the hands of radicals and then perpetually going to war with them. Lose some serving men and women, and then repeat the cycle.

I know it’s a lucrative endeavor, ostensibly creating enemies just to knock them down, but if we want to stop radical Islam, however, we need to stop this cycle. 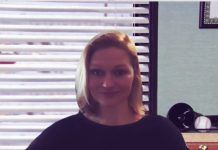