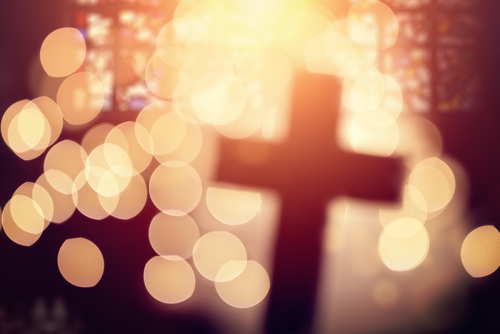 Asking the City of Longwood to remove the cross is tantamount to asking the city to change its very character. We are a strong, diverse, vibrant and growing community.

It’s a simple memorial cross, inscribed with the words, “We Will Never Forget Their Sacrifice”. It was designed, built and paid for by a Longwood resident who is also a retired United States Army combat veteran. It resides in Longwood’s City Hall. It is a piece of Longwood’s history. Not because of its potential religious symbolism, but because of the significance of its strong secular message.

In 2015, the City of Longwood applied through a competitive process to bring the travelling Vietnam Wall Memorial to the city. Through the efforts of our commission, our staff, and countless Longwood residents we were able to bring the slightly smaller version of the monument to Central Florida. It is one of the greatest honors our city has ever had. It was a unique opportunity for countless veterans, and their families, who often cannot make the trek to the memorial in Washington D.C. because of physical or financial burdens.

The modest cross stood unassumingly at the Wall as thousands of people from all walks of life, faith backgrounds, creeds and colors solemnly walked the full length of the black granite. They quietly searched for the etched names of their loved ones, often touching the letters as if to reach out and hold the hand of the people they were there to visit. Many left behind reminders of the past. A playing card here, a service pin or medal there. The photos, so many photos, were each from a happier time.

To see so many brave men and women come to the wall and pay tribute to their fallen brothers and sisters was humbling. Most in my generation do not know the suffering that these brave souls have endured. The countless nightmares. The physical and emotional scars that have lasted a lifetime. The everyday struggles at work, at home, or with the Veterans Administration. The memorial cross is a symbol that recognizes their sacrifices, both past and present.

But that simple cross, an image that was never intended to be anything more than a tribute to those lost in battle, is itself under attack. Representatives from the Freedom from Religion Foundation want it removed from Longwood’s City Hall based on trumped up claims of religious bias rather than an appropriate acknowledgement of its historical relevance.

Asking the City of Longwood to remove the cross is tantamount to asking the city to change its very character. We are a strong, diverse, vibrant and growing community. We have and will continue to embrace people of every kind. We encourage full and open participation in our public forums. We insist on treating everyone fairly. We favor agreement but respect the rights of those who disagree to do so.

While we may from time to time have differences in our community – we are in every sense of the word proud of the freedoms that this country provides us, and those that protect them. The memorial cross honors those freedoms, and every single veteran who gave the ultimate sacrifice to defend them – and it will stay at Longwood City Hall.

Joe Durso is the Mayor of the City of Longwood, FL and a candidate for the Seminole County Commission.