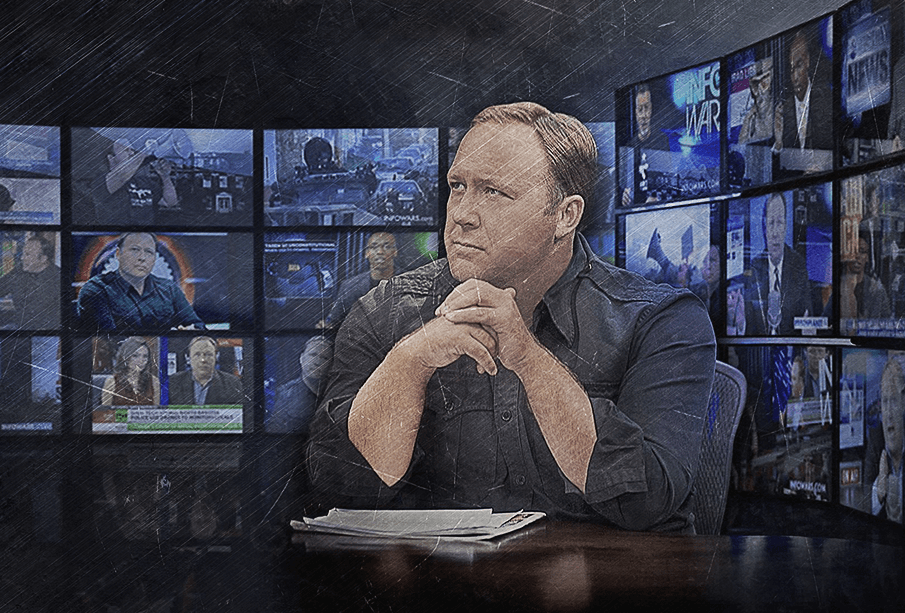 The mainstream media continues their onslaught against people like Alex Jones and Roger Stone, defying the core tenets and principles of freedom.

Intensifying since the election and inauguration of Donald J. Trump, the mainstream media has been trying to torpedo the success of alternative news outlets like Info Wars, Breitbart, Gateway Pundit, and Stone Cold Truth.

InfoWars founder/strongman Alex Jones has bore the brunt of the attack, but these assaults on free speech from the establishment media have only made Jones’ truth journalism empire more effective and popular.

Just last week, to the chagrin of the MSM/establishment/globalist elite, InfoWars was given White House press credentials. Full. Scale. Meltdown.

Supporters of President Trump are already dedicated followers of Alex Jones, even more so because of Trump confidante Roger Stone’s regular appearances on InfoWars.

The propaganda campaign against alternative news outlets creates even more allies for people like Alex Jones.

But what about Democrats, even Sanders style socialists… what does this mean to them? After Hillary Clinton’s campaign employed the same style tactics to denigrate and steal the nomination from Bernie Sanders, these people know how to spot a rigged game.

Seth Rich likely died because he stood up to the Clinton machine. Now, Alex Jones leads the vanguard in standing up to Clinton allies in the mainstream media. He also fends off attacks from Clintonista whores like David Brock of Media Matters.

While they might despise Alex Jones, most Sanders supporters that I know are fuming about efforts to censor his platform by Facebook, Google, Twitter, and other tech giants.

Just like the establishment forced Hillary Clinton’s doomed candidacy down their throats, the “Tech Left” is trying to cram their “filtered” content into our feeds. They are censoring news sources even before you know if you agree with them or not.

Even Central Florida Post has been victimized by the censorship police.

Meanwhile, in the past several months, InfoWars has seen its audience grow by millions. Alex Jones and his team are beginning to red pill the rest of America (Alt-Left and even Snowflakes).

Competitors in the MSM are losing their shit.

You see… if Alex Jones, Roger Stone, Mike Cernovich, Lucian Wintrich and others in the “Alt-Right” start to make headway with the rest of America… the whole power paradigm will shift back to the American people.

Globalists, career politicians, mainstream media dinosaurs, and foreign interests will no longer have the exclusive right to peddle their message to the majority of Americans and the rest of the world.

The shadowy ways they try to brainwash us will be exposed.

Alex Jones represents a man who is not afraid of telling the truth as he sees it, no matter the cost. He engages people and does not lecture listeners like the smarmy Ivy-League elite deviants who litter mainstream media sources.

The most frightening thing about Alex Jones to the globalist controllers is not the way he delivers the news or even what he says. They are most scared that it provokes thought, argument, and debate among the American people.

Instead of being lulled into a perpetual haze of lies, more and more people are seeking alternative ways to form their own doctrine and worldview.

And like it or not… Alex Jones is expanding his audience beyond the traditional conservative/libertarian mold.

He has earned a center-stage spot in history for his role in shaping the minds of America. Day after day, it becomes harder to shut him down.

That is exactly why “they” are working so hard to pull the plug. Fortunately for America, we prefer a true debate of ideas. We are for allowing our people to speak freely and expand their knowledge as they see fit.

However, as an independent publisher who has to fight with the mainstream media on a daily basis, I understand more so than most, the importance of his fight.

They want you to digest the news the way they see fit, I just want you to make your own conclusions. I recognize your freedom.

So does Alex Jones.