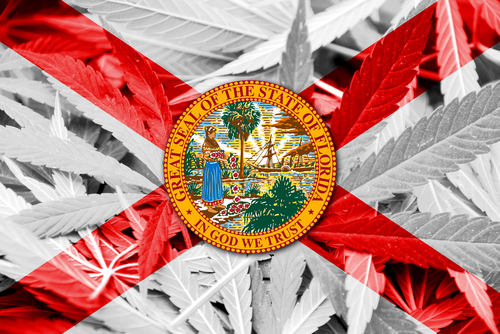 Fear motivates the prohibition in Florida. No, not fear of harm to citizens, culture or even other crops as it might be spun. But, real fear of loss of power. Mr. Putnam and the people he really represents, do not want to share their power pie.

I have personally mentioned to Adam Putnam how beneficial hemp would be for Florida. In a former role trying to develop seed crops for energy, I had the opportunity to speak to him a number of times in a variety of settings. I was lucky enough to be privy to some very high level and very secret crop evaluations, including a crop called castor, which is not only invasive but dangerous.

It was at the Energy Conference in Orlando that I first got his take about hemp. It would be the first in long line of consistent refusals to consider hemp as a viable crop for Florida. It should be noted that hemp seed can produce some of the finest and most consistent bio-diesel on the planet.

It can also produce jet fuel that will not gel or coagulate at high altitudes – a problem many plant-based fuels have. I was excited to let him and the Department of Energy folks know about the great potential and opportunities. I would not figure out until a few years later why he was so dismissive of the idea.

In the meantime, I learned that he was influenced by federal players that did not particularly care for the idea of any form of “marijuana”. I assumed this was part of his attitude that, combined with petty politics and incorrect knowledge on the subject, produced his animosity toward hemp.

Perhaps the $2.5 million he received annually for marijuana eradication efforts biased him toward the plants with no THC too?

I was surprised at what had to be his apparent lack of understanding the plant. By now, surely, other people must have explained the history and uses of it to him. I realize that he has likely, not actually, done any farming, but his family are powerful multi-generational farmers. Putnam also sat on the US House Ag Committee, and was/is the Florida Commissioner of Agriculture.

Silly me for thinking he would know a plant that has 4000 years of documentation. Of course, Mr. Putnam is a highly intelligent person and knows exactly what hemp is capable of.

I labored for a while trying to understand why he would not want to provide almost instant opportunity to farmers. Why did he exhibit the “reefer madness” programed into our parents’ generation? Why does he continue to use drug arguments for a crop that has virtually no THC?

I mean it could literally revitalize production of tens of thousands, if not hundreds of thousands of acres of dead and dying citrus.

Jobs, economy,  and opportunity first for the ag community and then to everyone else. Originally, I was sure he would jump all over the opportunity, solidify his base, and provide them with extra dollars to contribute to his campaign.

It was perfect for a young politician aspiring to be governor.

It would be a couple of years later before I had the opportunity to interact with the commissioner again. With him taking the side of the oil interests and not helping with alternative fuels, I was not all that excited about trying to educate him on water problems and potential fixes.

However, he supported water farming and in fact suggested leveraging it. So, we did and it provided a little room for discussion.

We never really got much time with him. Most work, as usual was done at the staff level. I did, however, get a brief opportunity to ask him why?

I had to know because I had just developed my hemp4water concept, and if the potential future governor had a distaste for hemp, I needed to know why.

I’ve learned, dealing with politicians all my life that you need to get the most important points out first, even if they don’t initially know what you are talking about.

They tend to feign attention after a couple of minutes.

As I described the different industrial applications and opportunities, and lamented on the jobs and economic opportunity of the crop I had not yet named, his body language told me what he never really voiced.

He recoiled at the idea of a crop that could provide per acre opportunity that was better than what they were currently experiencing, and do so multiple times a year. And that’s when the obvious reality of power occurred to me.

There are situations where money does not derive the power and many times when power is considered more important than money. The false assumption that hemp will be implemented because of the financial boom it will create is the naivety that most people (myself included) promoting hemp in Florida have tried and failed with.

There are about 100+/- entities, families, individuals that control the power of Florida Agriculture. When I tried to present to their ring-leader the financial opportunities that could befall them, it became clear to me that he was unwilling to trade his power for more money. Something these folks already have.

Fear motivates the prohibition in Florida. No, not fear of harm to citizens, culture or even other crops as it might be spun. But, real fear of loss of power. Mr. Putnam and the people he really represents, do not want to share their power pie.

I suspect 100 or so is kind of bulky already, but a couple of thousand – well that’s why the lead Republican candidate for governor is also state’s lead prohibitionist.

When – not if, Industrial Hemp comes to Florida, there will be an economic prosperity that will catapult small/mid-size farmers and business people to the next level. There, they can truly influence politics. They will be able to go head-to-head with the out of touch elites currently running the show.

If the Florida Republican party is legitimately going to try stand for the small business person, less government, providing jobs, economy/opportunity, and listening the voices of Florida citizens… then it will need to have a heart to heart with its lead candidate….or find a new one.

Run Your Government… or It Will Run You!

Steve Edmonds is a professor and founder of the One Florida Foundation, which pushes for sensible water policy in the sunshine state.