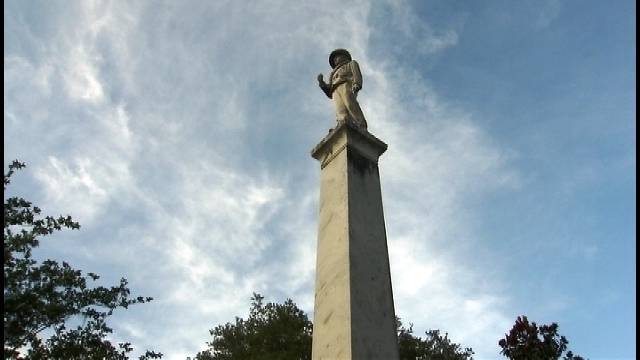 Several news sources have reported on an effort, led by a small group of Orlando residents, to request the removal of the 100-year old Confederate soldier statue at Lake Eola Park.

Mr. David Porter, a blogger and former Orlando Sentinel columnist, said he plans to request the removal of the statue at the upcoming May 15, 2017 City Commission meeting, on the premise that the statue is a symbol of white supremacy and oppression that does not belong in an inclusive Orlando.

I am writing as the Vice-Chair of the Libertarian Party of Orange County to share our Executive Committee’s resolution that this statue stand where it is as a visible reminder of Florida’s complex history and heritage. This history must not be banished to an ignored safe space or, worse, destroyed.

It should also go without saying that, as Libertarians, we especially oppose the use of any tax dollars to remove or destroy this gift to the city.

My position may initially seem strange given my Puerto Rican heritage as a descendant of slaves. The Spaniards in Puerto Rico oppressed the native Taino Indians, the African slaves, and the first Jibaros – the “mix of all three.” Two of my great-great-grandfathers were slaves under the Spanish crown on sugar plantations in Puerto Rico. Across the Spanish Empire, this oppression lasted even longer than in the United States – slavery was not abolished until 1873.

And, as in the United States, it was not roses and sunshine for the newly freed slaves after that.

Do we then remove and sanitize the Spanish monuments in Puerto Rico, Florida, and elsewhere in the former Spanish Empire? Do we pretend that this history never existed? Of course not! That would be absurd.

As in Puerto Rico, most Floridians embrace their heritage as a former subject of the Spanish crown. I equate the Confederate monuments to these Spanish statues and memorials. They are here to remind us of that part of our history – of the good, the bad, and the ugly. And to remind us of how far we’ve come in our pursuit of individual liberty for all.

My own heritage is exactly why I advocate we must keep this history visible to confront us and challenge us.

Many Floridian Confederate soldiers were conscripted by force, most believing they were defending their homeland from an invasion of a tyrannical government out of control. The moral issues of the wider cause – of the evil of slavery across the country, and of the flagrant constitutional violations in the Union – overshadow but don’t remove the valor that American soldiers showed on both sides of the war.

Those who remain unaware of our history are doomed to repeat it. This memorial, and others like it, must stand to serve as a reminder of the dark period of time in which too many Americans fought and killed each other over a serious constitutional crisis.

Florida’s role in the Confederacy is an inextricable part of our history and heritage. We must learn from that history, not run from it. Keep the statue where it is to serve as one of these learning tools for future generations.

Mr. Luis Geliga has been a resident of Orange County for 26 years. He holds a Bachelors degree in Electrical Engineering from the University of Florida.